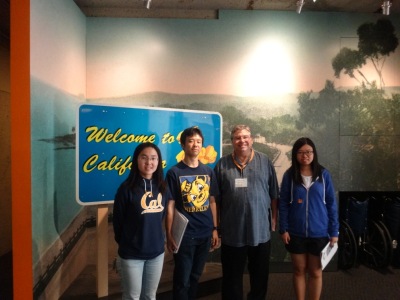 My name is Yosuke TANIGAWA, a junior student of Department of Bioinformatics and Systems Biology, School of Science, the University of Tokyo. I am studying informatics and biology to work as a professional biological information scientist in my future. Thanks to supports from Friends of UTokyo and the University of Tokyo, I got a great opportunity to participate and study in two summer sessions: UC Berkeley Summer English Studies, and Utrecht Summer School in Netherlands. The specific purposes of participation were to improve my English skills and studying neural science, respectively. As the study in the summer session at Berkeley greatly helped me to make my experience in Netherlands much valuable, I would like to write mainly about my experience in Berkeley in this report. 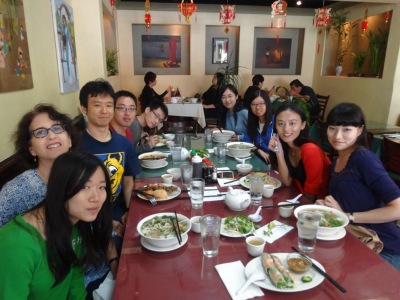 Photo with my teacher and classmates in China town

From July 28 to August 15, I participated in UC Berkeley Summer English Studies. This program offers variety of English as Second Language courses for students from all over the world. Among them, I took two classes: “Creative Writing” from writing classes and “Conflict Resolution Skills” from speaking classes. Students had classes from Monday to Thursday, so we had three days off every week. This means that I had a lot of time to see around in Bay Area and to build strong connections with variety of students from all over the world. 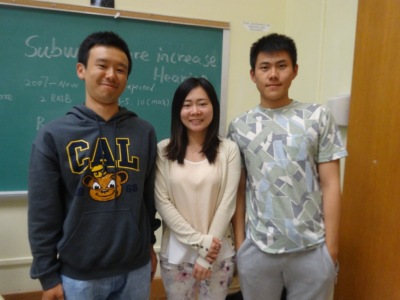 A photo with partners in my final presentation

In “creative writing” class, I practiced writing essays on various topics: memoir, travel journey, food report, and college essay. The topics of the essays are not directly related to science, but I had some ideas to make clear in the essays so that it was also a good training for scientific writing as well. In addition to the study in our classroom, my classmates and I went to Oakland Museum of California as a field trip. It is one of the famous museums in California. It is famous for the coverage about California: Californian history, arts, and science. Mr. Bruce Johnson, one of the volunteer guides at the museum, welcomed us and gave us a guided tour. It was lucky for me to learn a lot about California from his tour. Knowing the culture of California, I’m feeling even familiar with Bay Area. After finishing our field trip, we had a lunch in China Town, Oakland. 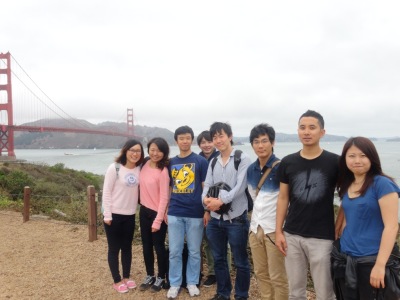 Picture during the cycling tour to Sausalito, with Golden Gate Bridge for a background.

A topic of another class was “conflict resolution skills”. It was surprising that my classmates and I learned not only English but also an effective way of negotiation. In general, people often focus only on their interests and require concessions of other parties in negotiation, but it doesn’t work well in most of the cases. In our class, we learned an alternative way, “principled negotiation,” to cope with such difficulties. To master this process, we had role-play exercises many times. Such exercises were also good opportunities for me to practice my English skills. Before participating in this class, I thought that negotiation skills are totally irrelevant to scientific world, but I realized during the study that the topic of the class is also important for scientists because there are several occasions in which scientists have to deal with negotiation process. In the end of the session period, a fiend of mine and I had a presentation about a conflict between scientists and government as my final project in that class. 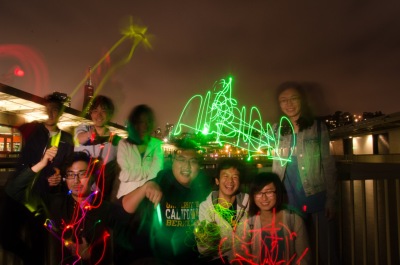 Night tour “science fiction” at Exploratorium with my friends

During the session period, I met Professor Robert Glaeser, who is majoring structural biology in UC Berkeley. He is an acquaintance of Professor Chikashi Toyoshima, a faculty member of Science, UTokyo. I was lucky to meet him because most of the professors at UC Berkeley were taking vacation. Actually I could not see any bioinformatics researchers while staying in Berkeley. I learned a lot about biology research in US from him. It is unfortunate that his major is slightly different from mine so that we could not gone into details of his research. But this experience greatly helped me to draw a much more specific vision of my future. 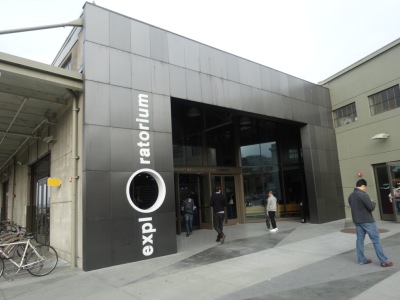 I also enjoyed my stay at Bay Area. I had amazing friends there, and the life with them was interesting and stimulating. For example, my friends and I took bike-rides from San Francisco, across the Golden Gate Bridge, and went to Sausalito. We enjoyed the beautiful scenery of the Golden Gate Bridge and the food in Fisherman’s Wharf. Among precious memories with my friends, the night tour at Exploratorium, a scientific museum located at peer 15, San Francisco, was unforgettable. This museum offers interesting events called “night tour” for adults. People aged 18 or elder visited the museum at that night, and learned about various things related to specific theme through many demonstrations, experiments, and lectures. On the night I went to the museum, the theme was “Science Fiction.” There I mainly learned about the connection between science and science fiction. I was really impressed by the atmosphere where people in all age can enjoy their visit to the Museum and have an opportunity to learn from professionals. 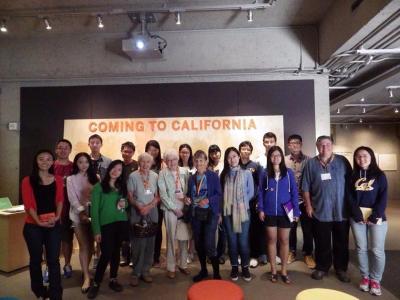 As a whole, I had a wonderful time at UC Berkeley. Thanks to the lecture at there, I could feel my English skills had been improving.
Finally I would like to write about the Utrecht summer school in Netherlands, the other summer session I participated after UC Berkeley. Everyday we had an academic presentation from researchers from all over the world, and from these presentations I learned cutting edge knowledge on neural science. I also had opportunities to share my ideas with other participants in workshops in the program. It was so good to have a common experience with other participants majoring biology. I made a lot of excellent friends from all over the world, and their attitude towards study and research motivates me to pursue my future dream much harder. I am sure that my experience in this summer was essential step to be a scientist in bioinformatics field.
Facebook0
Twitter0
Google+0
LinkedIn0
Pinterest0
FUTI 奨学金