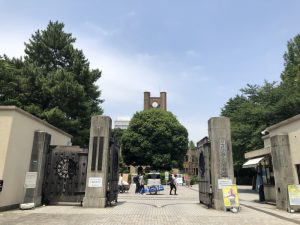 This past summer, I had the opportunity to conduct neurobiology research at the Sakai Lab of the University of Tokyo. The lab primarily focuses on studying the relation between music/linguistics and the brain through neuroscience and statistics. For the first four weeks, I analyzed brain lateralization of high school violinists from the Suzuki School of Music in Japan. The data was collected over the course of the past year and when I arrived, I was assigned to find any anatomical significance in higher level musicians compared to beginner musicians. I utilized MATLAB, SPM12 software, and R to analyze the brain scans. The last four weeks were spent running the second phase of the experiment of whose data I was analyzing. The difference existed in the type of participants- this time, we also included non-musicians as well as twin studies of siblings who were combinations of musicians and non-musicians. All participants were recruited from middle schools and high schools associated with the Suzuki School of Music. These participants were placed in the 3.0T MRI scanner and were played excerpts of classical music that they were familiar with. The same experiment protocol that was administered in the first phase was replicated during this time. By the time that I left, there were still about 50 students left to test. 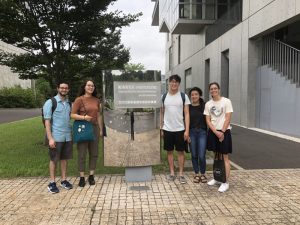 From my analysis, I discovered that in musicians, it is important to distinguish the different levels of musical understanding. Generally, there are two dimensions: one is a basic, fundamental understanding of music (musical style and type) and the other being a more complex understanding (musical syntax such as tone and rhythm). Overall, I found that anatomical difference in gray matter for more learned students than beginners is only seen in the most basic musical understanding. Students with a better fundamental understanding tend to have bigger volume in the left grammar center (frontal lobe). I concluded that anatomical bases may be necessary to a fundamental understanding of music. Higher level musical processing abilities (such as recognizing pitch, tempo, dynamics, and articulation) may not stem from a structural standpoint because they require a more complex understanding of music and are malleable skills that can be taught later in life- proficiency in these abilities may arise from a functional standpoint. I was also able to find age-dependent negative correlations on the regional GM in the visual system, specifically the R/L calcarine, bilateral thalami, and the R. superior parietal lobe. The latter results need more testing to confirm any significant interaction with musical training. 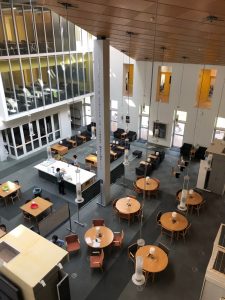 Going into the lab, I really had no idea what to expect. The only other research experience that I had growing up was last year at Massachusetts General Hospital where I worked in the Valera Lab. Even there, my research was related to psychology and social justice. Thus, this summer was my first real exposure to working in a lab that was along the lines of my major, neurobiology. I was a little nervous at first because I knew going into the internship that I would be having to do a lot of computer science and statistics, two fields of which I am not very well versed in. So I did a little learning on my own before reaching the lab, but without having data and knowing exactly what research I would be conducting it was still hard to know which skills to learn in MATLAB and R before arriving in Japan. 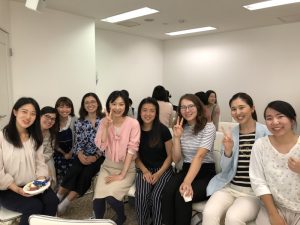 Thankfully, upon reaching the lab, my PI and the rest of the students were incredibly patient and supportive of me, even when I had to learn everything from scratch. They guided me but also gave me a lot of freedom to learn on my own and gain experience on my own. I enjoyed that I was able to have freer work hours, especially with my commute every day from my apartment to the Komaba campus (about 50 minutes one way). Because my work was computer based rather than dealing with animals, my lab experience was different than my peers who were in wet labs performing electrophysiology. Although I thought I would dislike sitting at a desk coding all day, I found myself liking the work a good lot. This was because I got to work in an office with many other students in the lab who all did similar work to me, so we would collaborate, talk, and code together all day. 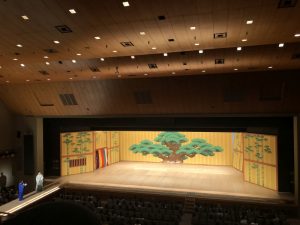 Not only did I learn a lot of valuable skills in MATLAB and R, I really learned a great deal about myself. For some reason, I used to carry a certain disposition towards CS and statistics, both fields of which I knew are essential to our society’s survival but also fields in which I carry no knowledge of and had little care to learn. Although I still do not wish a career in either of these fields, this research helped me let go some of these heavy biases that I carried. It allowed me new experiences, it forced me to spend time in fields and learn skills that I would not have easily set aside time for, and it most importantly let me spend time with some incredible people who are so passionate about their work. Working with people who are so excited and passionate about their studies will not cease to inspire whoever they come in contact with. Likewise, I was inspired to think about my passions and interests this summer and these people really helped clear my head about vocations. 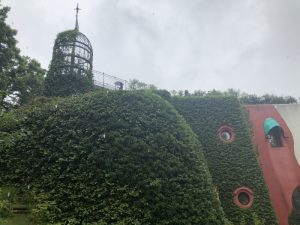 Finally, I especially loved this research because it was on music, a subject and art form that I absolutely adore. My whole reason for studying neurobiology in college is because it has so many important relations to music. I was particularly drawn towards the Sakai lab because, stemming from my curiosity in people, I am especially interested in how early brain development defines a person’s personality and behavior. I grew up absolutely intrigued in the stories and narratives of people’s lives- everything from their different quirks to hearing hardships and struggles they endured- mainly because I personally grew up with trauma in my family and school life. Most importantly, during these early years of my childhood when the trauma occurred, I always had music and my faith to comfort me, both of which I started very early in life, at the age of five and seven, respectively; it was the immersion in these two activities that helped me gain confidence and break out of my shell of anxiety. Reflecting on my life today, it is incredible to see the tremendous growth from my younger, timid self to the extroverted, amiable person I am today, where all of my decisions and behaviors contrast not only to my former self but to the people around me. This self-transformation is what sparked my interest in how early experiences affect one’s development and shaping of a distinct set of behaviors, as synaptic plasticity is so crucial at this stage of life. Why is it that many musicians more easily befriend musicians? Is it because they see the world in similar ways or that their personalities are similar because of the impact of music? Whatever the case is, I am especially curious to finding a piece to this puzzle of how special and powerful music is upon one’s life and behavior. 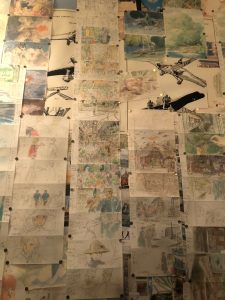 For my first study abroad experience, I would say that I got it pretty good. Even though this was the first year for the University of Tokyo internship, with the combined effort of Harvard University and the International Research Center for Neurointelligence at UTokyo, the program was a huge success. I know that among the UTokyo interns, we were cared for incredibly well by the IRCN staff, for example, given free housing and also having many events planned for us throughout the eight weeks. I also had the great opportunity to have an international student from the Netherlands as my roommate. We had a wonderful time and, altogether, the IRCN group was very close. However, outside of the UTokyo interns, I feel that my peers in other programs had very different experiences because a lot of these amenities were not provided to them. If there is a way to balance out the funds and resources so that everyone could experience the same things, I think that would be better. Other than that, I also found myself constantly surrounded by Harvard students. While it was comforting to have a support network, I felt as if I wasn’t able to interact with enough Japanese students and people and fully engage with the culture and people. I would like more events such as the Okurayama forum where we were able to meet students from Tokyo Tech. After those events I was always able to make friends and meet up with them on separate occasions to hang out. 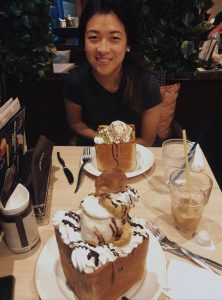 Outside of work, I was able to explore the beautiful metropolis of Tokyo. While I didn’t leave Tokyo during my eight weeks, besides a weekend trip to Mt. Fuji where me and seven other Harvard students summited the mountain during a typhoon (a tale for another day), those eight weeks exposed me to a culture and a society that I have gained so much respect for. Yes, I enjoyed experiencing the “touristy” things such as sightseeing the old temples and having your breath taken away by` the booming technology in Asakusa, Ginza, and Roppongi, but the most valuable thing I took away from my time in Japan was learning more about my identity as an Asian-American. While I may look Japanese, I am in actuality Chinese and, more truthfully, an American. More than ever, I found myself realizing how different I acted and talked in a conservative culture like Japan’s. Wherever I went, people would realize that I was foreign within a matter of seconds, besides the fact that I can’t speak any Japanese. However, this experience really helped me appreciate the variety of people in our world, and it led me to think more deeply about the concept of culture and the societies that we live in- how they shape us at a subconscious level and the power dynamic between a westerner visiting an Asian country.

Overall, having the change to work at this lab was a very special experience for me as it allowed me to focus on a topic that’s personal and close to home for me. The pros heavily outweighed the cons for me and I will highly encourage future students to participate in this internship. I will miss Japan and the friends I made there greatly and hope to visit very soon.