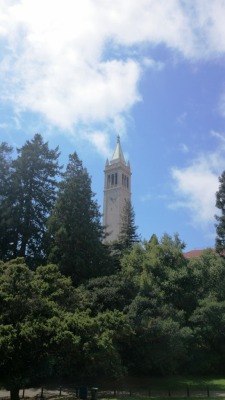 I participated in “Media and Global Protest Movements”, one of the Global Summer Programs (GSP) of International Alliance of Research Universities (IARU), at University of California, Berkeley from July 8th to August 15th. Students who took part in this course were coming from all over the world, such as England, Denmark, Bulgaria, India, Singapore, and Australia. 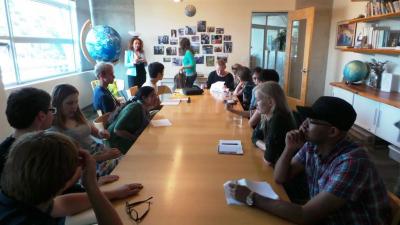 The course was divided by two parts. The first part, guided by Dr. Tamirace Fakhoury, was focusing on the chain of uprisings in the Arab world, Europe, and the United States, to analyze it as a wave of contention and examine the role of the mainstream (old-fashioned) media and the brand-new digital media. In the second part, guided by Prof. Hesham Issa, we focused on the internet as the fourth revolution of communication (The first revolution is also known as “printing revolution”, followed by the invention of telegrams and telephones).
For the first three weeks, we learned about the basic theories about social movements and apply those to domestic movements, such as the Egyptian uprisings in 2011, Occupy movements in the United States, anti-FIFA movements in Brazil, and so on. At the same time, each of us had to build an individual website by using various types of web tools like” weebly”, in order to acquire the skill to be a publisher – not only a reader – on the online sphere.
For the next three weeks, we started to deal with international (non-border) social movements. The class was divided into three groups and each group focused on one case study of those international movements. The final project was an integration of both parts; each group built a website that shows the analysis of its case study and gave a presentation about it in front of a panel of scholars. 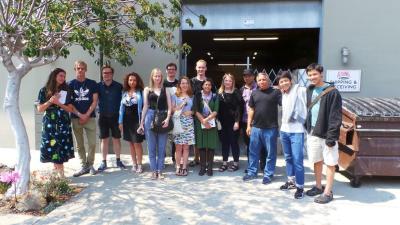 One case study I found it very interesting was the Egyptian case, which I chose as my midterm assignment. As we all know, there was an uprising in Egypt called “the Revolution of 2011” in a series of the Arab Spring. At that time, many scholars thought it was difficult for protest movements to occur in strong-country and weak-society like Egypt. However the revolution did happen and as the research progressed, it became clear that social media, such as Twitter and Facebook, played an important role to connect citizens while the old-fashioned media were severely censored. I was very impressed by the fact that the development of the means of communication can break the status quo and lead us to the new world. 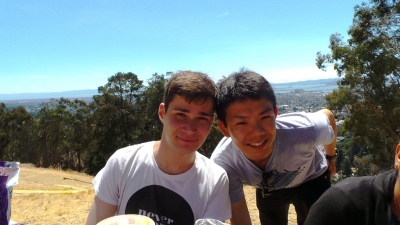 The summer in Berkeley was not limited to those in-class activities. While the program I stayed in the International House, where a lot of foreign students live while they are in Berkeley. In the iHouse I acquired a lot of friends from all over the world and we are like a huge family. One of my best memories in the iHouse is the night before one of my best friends left. He was very good at card tricks, and when he played a trick to me there was a card appearing with a farewell message on it.
I would like to appreciate Friends of Todai, Inc. for giving me a great opportunity to study in Berkeley and I truly recommend students who are interested in studying abroad to join IARU programs.
Facebook0
Twitter0
Google+0
LinkedIn0
Pinterest0
Subscribe to the FUTI Newsletter