Introduction to the Japanese Language, and Nanoscience 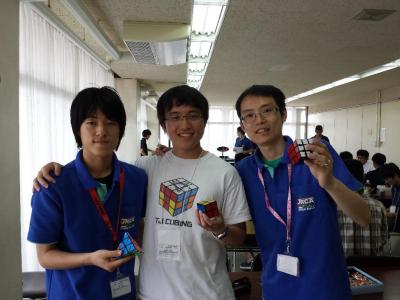 This past summer during the month of July, I was fortunate enough to be chosen to attend the Global Summer Program (GSP) at the University of Tokyo (colloquially referred to as “Todai”), a student exchange program organized by the International Alliance of Research Universities (IARU). Here, students from ten universities around the world were able to take various courses at each other’s universities. Over the course of about a month, I took two courses at Todai—Introduction to the Japanese Language and Nanoscience, both of which were about two weeks. I thought that both of these courses would complement my interests very well, a good balance between my major, biomedical engineering, and my special interest in Japanese. Prior to departure, I was both very nervous and excited about traveling to Japan; little did I know that it would lead to the best summer of my life. 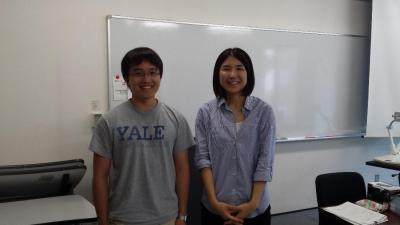 With Fujita sensei, one of our Japanese Language teachers.

The introductory Japanese course was relatively easy for me, given that I had studied some Japanese on my own. Nevertheless, I still learned a lot about the language and gained some insight in the language-learning process. In particular, I had previously approached Japanese in a somewhat similar way to that with which I had approached Latin, the foreign language I studied at school, which obviously had no spoken component. Thus, while I knew much of the grammar and some Kanji, my speaking ability was severely deficient. Thankfully, the Todai course was an immersive experience, where the teachers largely spoke to us in Japanese, even though the course was designed for people with no prior experience. The class was small, so there were many opportunities to speak and interact. Many of the skills we learned, we were able to apply outside of the classroom, such as asking for directions and ordering food at restaurants. Overall, the course was amazingly well taught and very enjoyable. It has encouraged me to continue taking Japanese in the fall, where I can continue to improve my speaking ability so that one day, I can return better equipped and informed. 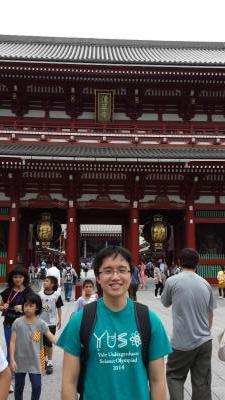 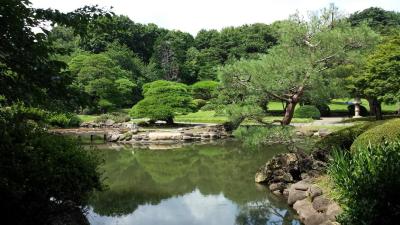 Following the Japanese language course was the nanoscience course, in which various professors from Todai gave lectures about their research and the associated background information. It presented nanoscience as a broad discipline, drawing from research in cell and molecular biology, biomedical devices, neuroscience, semiconductor devices, among many others. The lecture series provided a good survey of what “nanoscience” means; my previous coursework and experiences with nanoscience were with regard to very specific applications, preventing me from seeing the bigger picture. This course reinforced much of what I had previously learned as well as introduced multiple new concepts, particularly ones that I had not originally associated with the subject matter. For example, I have an interest in statistical information theory, and one of the lectures that dealt with quantum computing briefly discussed quantum information theory, the quantum extension of classical information theory; I was surprised that there was a connection between information theory and nanoscience, even though in hindsight it makes a lot of sense. The lectures on photonics were also quite interesting, given my previous research experiences in biophotonics; despite the different motivations for using light in certain applications, I was able to see common themes that set the stage, including the limitations and advantages of optical properties, which were exploited in different ways depending on the application. At the same time, there were many concepts that were difficult for me to understand at first, which have since motivated me to study harder in these areas. Accompanying the courses were lab tours, which gave us an opportunity to physically visit the labs as well as hear more about the specifics of the research the professors were conducting. I was able to see connections between their research and the research in which I have been involved, particularly optics research. I am certain my experiences in this course will greatly complement my current and future studies in biomedical engineering in graduate school. 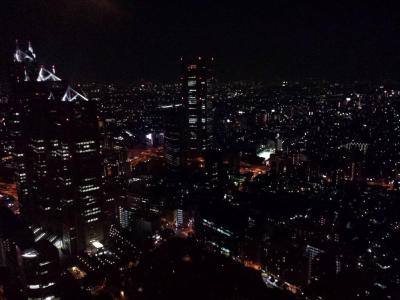 View of Tokyo from the Tokyo Metropolitan Government Building

I could go on about the experiences and insights I’ve gained from the formal parts of the program, but truly the most valuable experiences were the adventures outside of class, meeting new people and making friends with people from Japan and all around the world. I’ve made many amazing friends, with whom I explored Tokyo. Among the places we visited in Tokyo were Shinjuku, Shibuya, Asakusa, Odaiba, Ginza, Akihabara, Tsukiji, … and many other places; places outside of Tokyo included Yokohama, Kawasaki, Osaka, and Kyoto. I could go on and on, and write a book about the places we visited and the adventures, but at the end of the day, even so, I don’t think we even explored 1% of what Tokyo has to offer. But what made the experience especially rewarding and memorable was the people I spent it with—whether getting lost in Shibuya or singing karaoke late at night, or waiting four hours in line for the best sushi in Tsukiji, or spending a day at Tokyo DisneySea. To this day, over a month after the program ended, I still regularly keep in contact with many of the people I’ve met, both inside and outside of the IARU program, including friends from Todai, Kyoto University, and others. Even though we could not speak the language, the Japanese people were very accommodating, polite, and friendly to us; I recall a few instances in which strangers personally walked us to our destinations, even though we were going in a completely different direction. There was also a time when we (apparently) look confused and someone came up to us and helped. 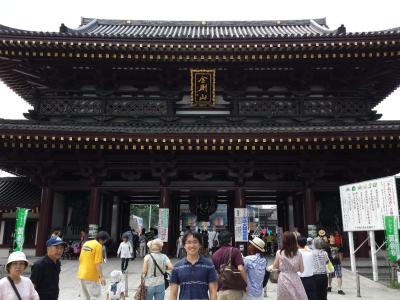 I was also able to meet and make friends with, unexpectedly, another community of individuals while in Japan. One afternoon, I met with the Todai Rubik’s Cube Club for a few hours, during which we raced each other at the Rubik’s Cube and shared our techniques. Even though we are all connected by the web, it’s remarkable how some of our techniques are the same, while others differ, and it was interesting to learn the different terminologies and conventions used. Towards the end of the program, I traveled to Osaka via Shinkansen to compete at a Japan Rubik’s Cube Association (JRCA) competition. I met many “cubers” from Japan at the competition, including the #2 fastest Rubik’s Cube solver of Japan and the inventor of a popular method for the Pyraminx (a tetrahedral puzzle)! It was a great experience; though there was a slight language barrier, we all spoke the same language, the language of the Cube. I even learned some Japanese along the way, including some phrases in Osaka-ben (Osaka dialect)! One friend I made was so nice as to allow me to stay over at his house along with a few other fellow cubers, even though we had only just met. Indeed, the community of “speedcubers” has no linguistic boundaries, the only prerequisite being the love of speedcubing. I ended up placing second at the competition, just behind the #2 cuber of Japan! I left Osaka late that evening, after two of my fellow cuber friends walked me to the bus station. It was overall truly an unforgettable experience, and I wish I could have stayed longer.
In sum, I don’t think I’ve ever ranked experiences before, but there is absolutely no doubt in my mind – the month I spent in Japan through IARU GSP was the best experience I’ve ever had, and overall this was my best summer yet. I am greatly indebted to Friends of UTokyo, Inc., without whose funding I would not have been able to attend this life-changing program. Thank you, Friends of UTokyo, Inc., thank you, Todai, and thank you, IARU, for making this the best experience of my life. Though I am not yet sure how, I am certain that one day I will return to Japan!
Facebook0
Twitter0
Google+0
LinkedIn0
Pinterest0
周顺圭・周滝沢愛子 奨学金