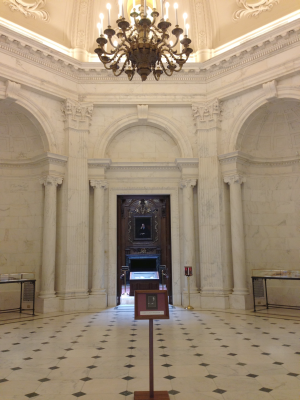 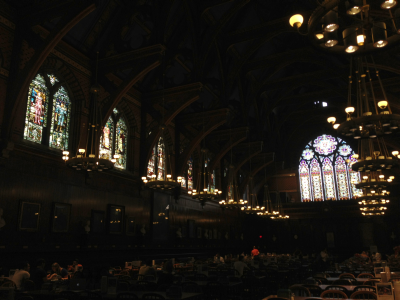 First of all, I would like to express my sincere gratitude to the Friends of Todai, Inc. for supporting me to attend Harvard Summer School. Without their financial support, it would not have been possible to spend such a wonderful time at Harvard.
The first day I arrived at Harvard, I was amazed how every building I saw was beautiful. For example, a dining hall called Annenberg reminded me of Harry Potter and one of many libraries that I walked in called Widner Library looked like a gorgeous museum from the entrance.
The course I took at Harvard Summer School were “Religion and World Politics” and “Strategies and Conflict” taught by a visiting professor from Oxford and Harvard professor respectively. Since the courses offered in Harvard Summer School were condensed program from a semester into 7 weeks, each class was 3 hours long for twice a week and 1 hour section was offered by a teaching fellow (TF). Therefore, I had classes from 3:15-6:15pm and 6:30-9:30 pm on Tuesdays and Thursdays with section on Wednesday and Friday. Although having a class twice a week seems little work, every class requires a-week-worth readings and a lot of things to prepare for it. 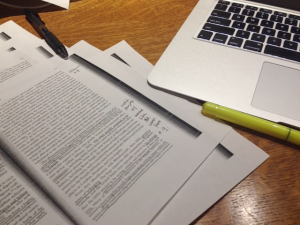 Religion and World Politics was aimed to introduce students to the crucial topic of religion in world politics. It was structured to present a variety of linkages between religion and politics such as transnational religious ties, the role of religion in shaping state-society relations, Islam visions of political order as well as some contemporary issues. Due to difficulty of the topic, quantity of readings required (150 pages of readings expected for each class) and the style of lecture, after the first 3-hour lecture, 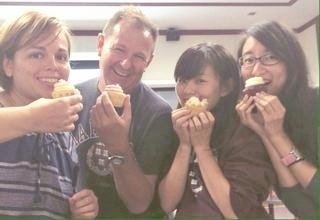 the rate of students dropping out of class was almost a half. In this class, presentation groups consisted of a couple of students were assigned and each group was to present all the readings within 90 minutes except for an introductory one presented by the professor. The majorities were either master or doctrine students in my class that enabled our class to have detailed discussions. I suffered a lot from reading all the articles for class and spend many weekends reading them. In fact the teaching assistant, a literature doctrine student at Harvard, told us that this course was one of the hardest summer courses and definitely the most reading-involving course in the summer school. I was very proud of myself to make it though this course and we celebrated for survival from this class with classmates. 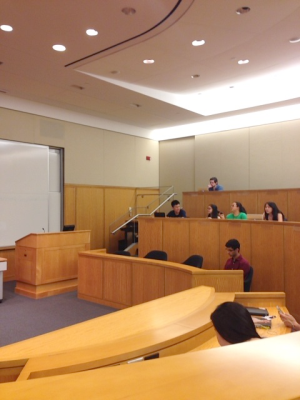 My other course was Strategies and Conflict, a literature review of rationalist approach to the study of international conflict and war, and a simple introduction to game theory. It was an interesting course attempting to answer questions such as; why do nations fight costly war instead of negotiation? Why do peaceful negotiation fail? In this course the professor taught us not only just game theories but also focused more of it as a tool to analyze strategic interaction between nations using a number of real-world examples. Lively discussions between students of wide-range age and of variety of background were very often occurred during class. One of the special features of this course was a group assignment in addition to two exams and a set of homework, to present a case study using a game theory. The topics were contemporary and interesting such as disputes between China and Japan over Senkaku Islands and territorial issues between Russia and Ukraine, which enabled us to apply what we learnt in the course into a real-world case as well as deepening the understanding the usefulness and limitation of game theories. 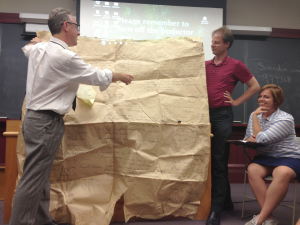 Completing Religion and World Politics helped me answering my questions; if religion was made to comfort people or making peaceful world, why do people die because of it. As this topic was hard to study in Japan where a completely secular nation and religious topic seems to be a taboo or perceived as a cult, it was a perfect course to learn at Harvard. One of the things that I learned in this course is the fact that ironically religion tends to be used as a justification of war and violent conflict as well as a means to form a group even though main causes are not religious. Moreover, religion and politics are inseparable and its relationship is complicated in a number of countries such as the United States. All the knowledgeable students who know and study what they are interested in regardless of their majors amazed me. Even though this course was very hard, involving incredible amount of readings it became a waking-up call for me to see the world in different perspective and to pay attention to the other side of the world that I had thought irrelevant to me. 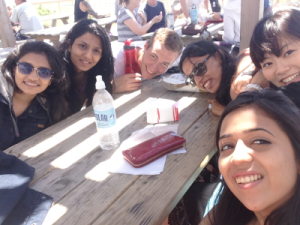 Another course Strategies and Conflict made my mind set for my major and future goal. Before attending Harvard Summer School, I was interested in both international relationship and economics however this course made me realize that economic trade could actually prevent a war. Therefore learning economics can empower me with a peaceful skill so that I can take a bigger part for Japan to have a better relationship with other countries in the future. 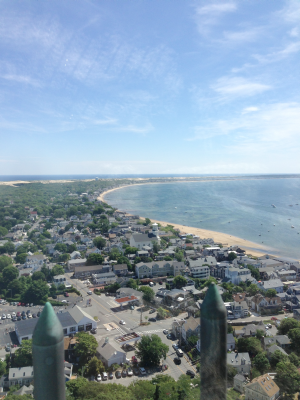 I would now like to talk about some other aspects of Harvard life. Harvard Summer School offers a lot of activities including intramural sports activities such as soccer and volleyball, Red Sox games, Duck tour and trips to colleges in the area, sights in Boston and New England destinations where is hard to access otherwise. One of my favorite trips was to go to Cape Town with my friends. 7 weeks was not enough to see everything in Boston! 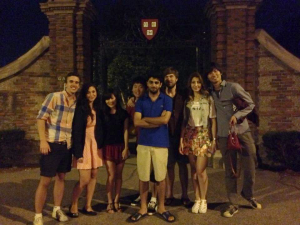 Other achievement was that I came to feel the world very close to me. It was a bit strange as I felt the world was opening up for me while I was in Australia for high school. It was because I made a lot of friends from all over the world with a variety of backgrounds and they told me a lot of things that I hear on news as their real experiences for example Ramadan, the Crimea Island and killings in Afghanistan. Living in homogenous and safe country surrounded by a sea allows me not to pay too much attention to what is happening outside of Japan. However, having a number of friends all over the world makes me realize what is happening ‘out there’ is not someone else’s problem but also somehow related to me as well. All the friends that I made during Harvard Summer School are precious and I am glad to have them in my life. As I expected, there were so many students from all over the world who have ability to lead the world and I was inspired by their passion, knowledge and ability to take actions. 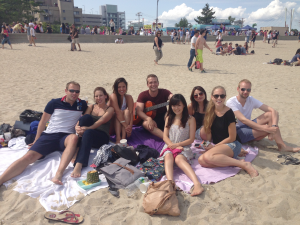 In conclusion, it was an amazing opportunity and I will never forget this summer at Harvard Summer School. Those great people I met over there have definitely stimulated me to keep moving forward for my dream and to take more challenges. Again, I would like to thank Friends of Todai, Inc. for supporting me!
Facebook0
Twitter0
Google+0
LinkedIn0
Pinterest0
FUTI 奨学金