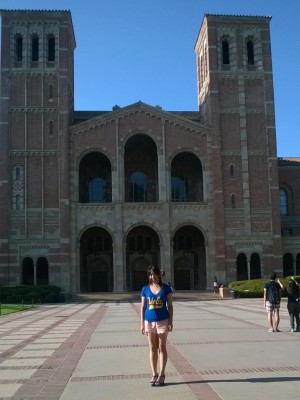 This summer, I studied at UCLA Anderson School of Management from June 23rd to August 1st. I learned so many new things and what’s more, enjoyed this summer to the full extent. I would like to talk about what I learned in UCLA, and my experience in LA, one of the biggest cities in America.
The reason I applied for this program was that I was interested in the entertainment (film) industry. UCLA is very close to Hollywood, and it is one of the most prominent universities when it comes to film and entertainment education. The program consisted of two classes. One was a comprehensive business class. This class mainly focused on IP ( intellectual property) and branding in the entertainment industry. It also taught students how it is important for entertainment companies to catch up with and make use of the new digital technology and social media. The textbook wasn’t really important in the class. The class rather used internet websites such as Business Insider and other latest news. 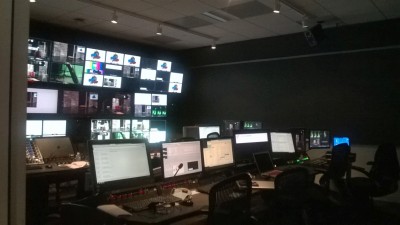 Within the program, students were divided into a second class which more specifically focused on the field they were interested in. Courses were Sports, Social Media, Music and Film&TV, and I was in the last field. The film class made use of the location and people who live in LA. The professor was a former executive at Walt Disney Company and she told the students many facts about the company’s business aspect and the broader film and TV industry. The great thing about her was that she knew so many people who worked in the industry. In every class she brought her friends in as guest speakers and they gave us lectures about things which were actually happening in the industry. For example, a guest speaker who does international film business talked about how Hollywood was focusing on China now. The Asian market is growing rapidly and it has more growing potential than the domestic market. When it came to Japan, a guest speaker from Walt Disney talked about how the Japanese market was crucial for them. The immense popularity of Frozen in Japan seems to be distinctive in the world. Other than that, I did two group projects in the class. One was a film marketing project. Groups were assigned different films which will come out next year and each group made their own creative marketing strategy by using digital and social media. The other project was about the new digital media company. Groups made some marketing plans. The biggest obstacle was the cost. Since the company offers free online streaming service and makes profit by advertisements, the budget we could use for its promotion was really limited. We made some plans to acquire customers, and did a presentation in front of the executives and the head of the actual company. Those people from the company were very serious about our group presentation, and this was definitely a good opportunity for me to learn the marketing of the new digital business. Overall the biggest point in this program was that it had so many guest speakers who work in the industry. Again this was possible because it was UCLA. I am really grateful to this program in the sense that it broadened my horizon about the entertainment industry. 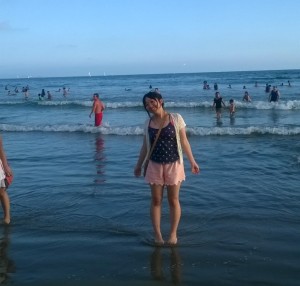 I have talked about the class in UCLA, but this summer was definitely not just the class. Being in LA made this summer really awesome for me. After the class and on the weekends, I went to many places. UCLA is in an area called Westwood and it is pretty close to most of the famous places. I went to Santa Monica a lot. The beach, mountains, and sunset were so beautiful that I felt I could live there just for them. I really felt the power of nature in LA. The beach in Malibu was very fun too, and the weather was always pleasant. Since I am interested in films, (I minor in Hyosho Bunka Studies in Todai) I went to many film studios too. In Warner Brothers Studio tour, I was able to see many things that were actually used in the Harry Potter series, which was awesome for a Harry Potter fan like me. I also went to Hollywood, California Disneyland, Yo 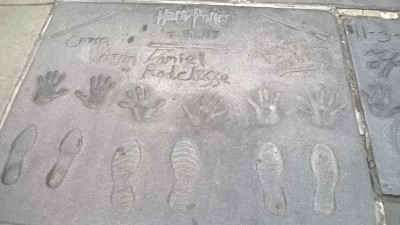 uTube studio, and the UCLA summer program offered the students to attend the ESPYS, which is known as the Oscars of sports. I had countless experiences which were only available in LA.
I would like to end this report by showing my gratitude to the FOTI scholarship. I studied at the University of Michigan before this as an AIKOM student. I had a wonderful experience there and I wanted to be in America again. However, being in a foreign country is not easy especially in terms of money. I found that the FOTI program and having this scholarship made it easier to study in LA. This experience helped me so much, and now I am able to do an internship at an entertainment company. I am very grateful to FOTI. To show my gratitude, I want to say that this program connects Japan and America and contributes to their mutual academic exchange. Thank you very much to FOTI for offering me this scholarship, and helping me to find my future.