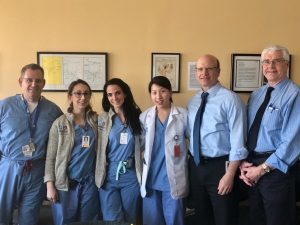 It’s a great honor to receive FUTI global leadership award. I am heartily grateful to Friends of UTokyo for supporting my clerkship at Harvard Medical School in Boston.

I had the opportunity to participate in a clinical clerkship program at Harvard Medical School (HMS) and rotated pediatric surgery department for 4 weeks at Massachusetts General Hospital (MGH), a teaching hospital of HMS. MGH used to be ranked as the No.1 hospital in the United States and is known for turning out 11 Novel Prize winners.

In the clerkship, as with Harvard medical students, I scrubbed in operations, examined patients, wrote medical charts and did presentations during ward rounds. Every day started early in the morning around 5 am. I firstly checked conditions of patients in charge and then participated in 3-4 operations a day. Pediatric surgery department takes care of a wide range of patients from newborn to 20 years. Depending on their age, their skins differ greatly in thickness and softness. When I was allowed to suture skins during the operations, I learned that it is important to control the suturing power carefully. 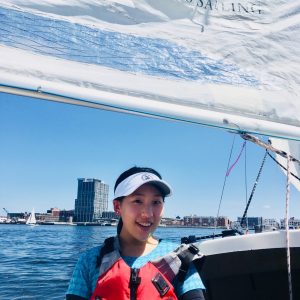 Throughout this clerkship, I was always thinking about what I could do as a student in the medical team and tried to put it into action. For example, I visited bedsides of those children who didn’t look well and stayed beside holding their hands. When they got well, we had time talking together and I tried to make them smile. On the last day of my clerkship, a 9-year-old girl told me that it was very good for her to have me around in her hospital life, handing me a letter with a word “Friends Forever.” I was touched beyond words and felt that we got closer to each other.

In addition to the clerkship at MGH, I visited the research center attached to the hospital and observed several projects. For example, xenotransplantation from pigs to monkeys and microscopic imaging of neural networks in human’s colon were impressive. I was surprised at the fact that such large-scale researches using large animals are conducted just next to the hospital. At the same time, I felt the speed at which things proceed from basic research to clinical practice. Doctors there told me that in the United States not only medical staffs but also patients have strong frontier spirits toward new development. This spirit as a whole may be one of the keys to progress clinical research. 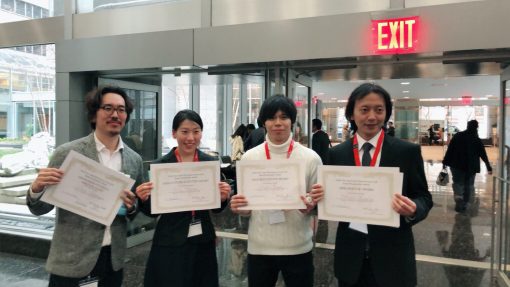 On weekends, I had some time to join extracurricular events. I participated in the JMSA (Japanese Medical Society of America) NY Life Science Forum 2018 and was honorable enough to receive Future Scientist Award, the award in the student category, for poster-presentation about the research I conducted in the pediatric laboratory at the University of Tokyo. Also, I met many medical professionals who are active in the United States. From them, I was able to learn that various career paths are possible. Additionally, I enjoyed sailing on the Charles River, watching a Japanese runner win the Boston Marathon and hanging out with other medical students studying at Harvard. It was impressive that many students pursue their own interests besides medicine, for example, starting a business, performing illustrations or learning Spanish in South America.

Last but not least, I would like to express my sincere gratitude to FUTI, which enabled me to have this precious opportunity to study real clinical practice in the United States. Making the most of this experience, I will keep doing my best towards my dream as a doctor who can take the global initiative in the field of pediatrics.