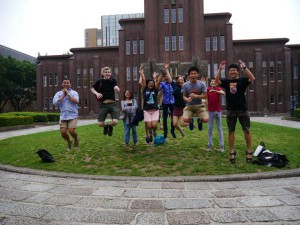 University of Tokyo had always been my dream school since even before the TV series Dragon Zakura was broadcasted. My interest towards University of Tokyo only augmented as I learned more and more about it from various media. In my freshman year of high school, my friends and I took a 7-hour-long over night bus only to attend University of Tokyo’s open campus. Although the day trip was exhausting, by the end of the journey, I was ascertained that University of Tokyo is the place I wanted to be. 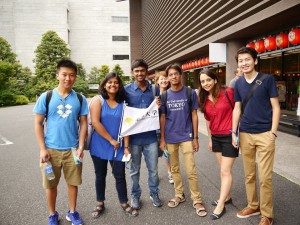 Long story short, in the summer of 2015, one of my dreams finally came true thanks to Friends of UTokyo, Inc., International Liaison Office, and many other kind people. It was my great pleasure and honor receiving an offer to participate in a research program at the Simulation of Complex Systems Laboratory under Professor Yu Chen’s supervision. Over the course of UTSIP research, I conducted Agent Based Modeling Simulation of Minority Games with its potential application to financial markets. 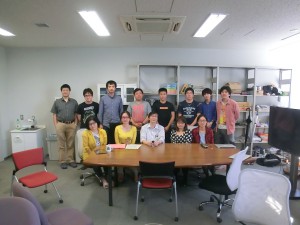 This was my very first college research experience, and I did not know what to expect. To be honest, I knew almost nothing about Minority Games or Agent Based Modeling before this research program. My fear was soon swept away, however, thanks to all the kind support from ILO, Professor Yu Chen, Tutor Mr. Kei Katahira, all my lab mates and other tutors especially Mr. Toru Fujino. They prepared essential books and materials about Minority Games and introduced me to various tools for Agent Based Modeling. Without their guidance throughout the UTSIP research, I could not have accomplished what I was able to by the end of the program. 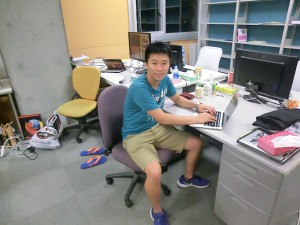 The initial model of Minority Games, called the El Farol Bar Problem, was motivated by a real life example proposed by a prominent economist Brian Arthur in his paper Inductive Reasoning and Bounded Rationality. The setting is fairly simple. On every Friday night, there are 100 agents who are attempting to go to the same bar but in fact there are only 60 seats. Based on the past record of bar attendances and individual agents’ strategy spaces, each of the agents will simultaneously determine whether or not to attend the bar on this specific Friday night. If there were less than or exactly 60 agents attending then those who attended earn positive utilities whereas those who did not earn nothing. After this specific Friday night the past record of bar attendances is updated to include this Friday’s attendance, which will be used to determine each of the agents’ actions according to their respective strategy spaces. Thus this entire feedback process iterates over and over again for certain periods of time and the performances of individual agents are evaluated based on the aggregate utilities of respective agents. 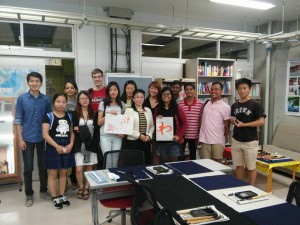 Minority Games, proposed by two brilliant physicists Challet and Zhang in their paper Emergence of cooperation and organization in an evolutionary game, is a refined model of the El Farol Bar Problem. For the Minority Games, unlike the El Farol Bar Problem, past attendance and the aggregated attendance are recorded in binary digits instead of actual numbers of attendances.
What is very interesting about Minority Games is the fact that it is tremendously rich in both its exploration and application. There are so many different parameters to be varied and slight change could generate completely different results. There are also abundant applications of Minority Games as long as there are limited resources with the structure that minority group benefits from the game. 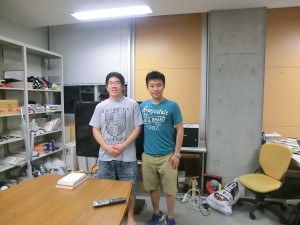 After conducting some Agent Based Modeling Simulation, what truly intrigues me about the study of Minority Games is the fact that it does not only advantages individual player to discover a better strategy to enhance his/her own performances in the market, but also contributes to the improvement of the entire market efficiency and thus leads to a higher total utility of the society. Put it simply, by making every single one of the agents smarter we could benefit the entire society by reducing the so-called deadweight loss even in a competitive situation such as financial market or the bar attendance. Nonetheless, I would like to also note that there are still some gaps between the model of Minority Games and how the actual financial market functions. In fact that makes Minority Games even more interesting to study because it is not exhaustively established yet. 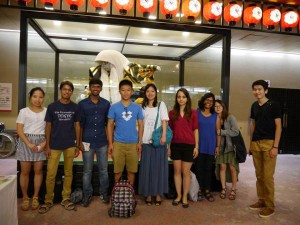 What are as valuable as the research experiences are all the fantastic friends who I met throughout UTSIP. Our group bonded very well, and we always hung out together. Thanks to ILO’s effort, we were able to see Kabuki and explore Suntory’s Factory. Throughout the trip to Suntory’s Factory, I was also able to meet a lot of smart mentors from University of Tokyo. The lodge we stayed at was very nice, and I enjoyed playing Table Tennis and Go with my mentors and peers. Besides those wonderful expeditions organized by ILO, we also went to many other sites such as the Imperial Palace, Senso-ji, Hongo Campus, Shinobazu Pond, etc. One day, we even woke up at 5am in the morning to have a breakfast at Tsukiji and came back by 9am to start the day. 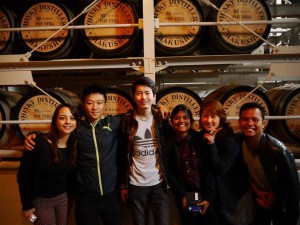 Though I was born and raised in Japan until I moved to an international school in Canada called Lester B. Pearson United World College of the Pacific in my 11th grade, I have never before traveled around Tokyo as much as I did this summer. Unexpectedly, UTSIP provided me a great opportunity to explore Japan with friends from all over the world, and I cordially appreciated my peers’ curiosity and enthusiasm for learning more about Japanese culture. Over the course of excursions with my friends, as I attempted to answer their questions about Japan, I was reminded how great this country is. 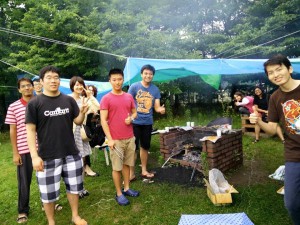 Among all those events, one of the highlights for me was definitely the rainy day BBQ. This event could not have been achieved successfully without everyone’s collaboration. With our brilliant teamwork, we were able stitch up all the eight sheets of small tarps that we bought from Daiso and made a huge roof out of it. Then we were able to set up fire fairly quickly under the roof despite the heavy rain. I would like to take this opportunity to thank my tutors and peers who helped us accomplish this without complaining at all about the rain. The food tasted much better than usual for the effort that we put in. 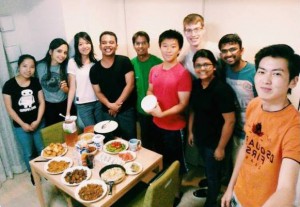 Apart from our adventures, we also held several cultural exchange potluck parties and had great conversation over dinner. We often gathered together at someone’s room and talked about various subjects from casual chat to serious discussion. Everyone in UTSIP belonged to different laboratories and it was always interesting to hear more about what my peers are studying. 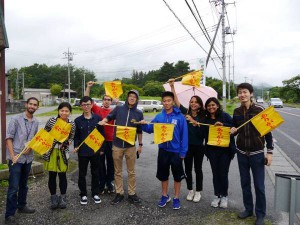 In fact for my research of Agent Based Modeling of Minority Games, which is generally considered to be in the field of Econophysics or Applied Mathematics, I attempted to incorporate Genetic Algorithm. Since Biology was not my expert, I consulted my friends who were running research related to Biology and I received some pieces of great advice. As University of Tokyo Kashiwa Campus Graduate School of Frontier Sciences states in its slogan, UTSIP truly allowed us students to overcome the borders of majors and encouraged transdsciplinary collaboration over our casual cultural exchange dinner. 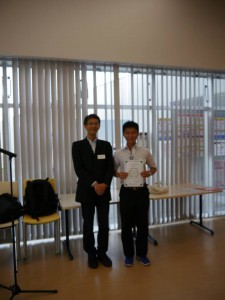 Again thank you very much everyone for making my UTSIP experience an amazing one. All those great memories are invaluable to me, and I would like to cherish all these great friendship with my peers, mentors, professors, and the staff members of ILO and FUTI. Thank you so much!