UTRIP in the Ozawa Lab 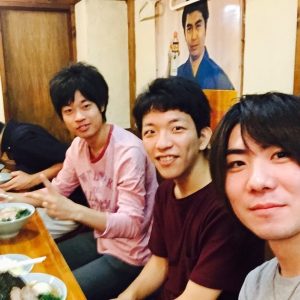 With the generous support of Friends of of UTokyo, Inc., I spent this Summer participating in the University of Tokyo Research Internship Program. As a biochemistry major, I have been primarily utilizing molecular biological lab techniques at Northwestern, my home institution, in investigating protein characterization in Parkinson’s disease cell models. This primarily utilizes molecular biological lab techniques, and in exploring other scientific perspectives, I wanted to participate in research that employs additional chemical approaches in the exploration of molecular biology. Consequently, conducting research at UTokyo’s Ozawa laboratory was the perfect opportunity for me to explore this realm of science.
My project in the Ozawa lab centered around a signaling protein called G-protein coupled receptor. Much of prior investigation regarding this protein have been conducted in vitro using molecular biological techniques such as Western blotting. However, such methods do not necessarily illuminate the life course activity of a single protein. Hence, the aim of my project was to elucidate the in vivo kinetics of GPCR using total internal reflection microscopy, which allows for single-molecule imaging.
Prior to this project, I had minimal exposure to single-molecule imaging, let alone fluorescence microscopy. This opportunity presented me with a variety of eye-opening approaches that enhanced my scientific knowledge and capacity to think critically as a scientist, and will be of great use as I move forward in my academic career. 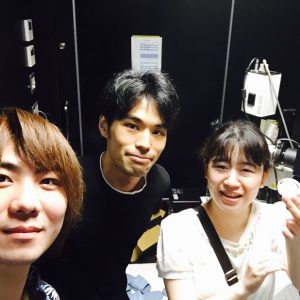 It was not only my passion for science, however, that made this experience a crucial aspect of my future career. It was also the opportunity for me to grasp Japanese culture, both within and without the lab, that made UTRIP so meaningful. As a Japanese-American, I have lived in the United States throughout my entire life. Despite my fluency in the Japanese Language and many visits to Japan, I had never lived in Japan for an extended period of time, and hence never fully understood the social culture of Japan. From the late night discussions with lab mates about the international variations in education to spontaneous interactions with people on the subway, the six weeks I spent in Japan was filled with occasions that exposed me to the characteristics of modern Japanese society, and allowed me to truly internalize my cultural identity.
Outside of the laboratory, UTRIP gave me many opportunities to explore the multifaceted nature of Japan. A trip to the Nikko Toshogu shrine, botanical garden, and yuba factory presented me with the longstanding Japanese traditions that has been maintained for centuries. The exquisite taste of fresh yuba reminded me of the delicacy of Japanese dishes, which in fact is not an exclusive element of cuisine, but is a prominent aspect of the overall Japanese culture that makes it so beautiful. 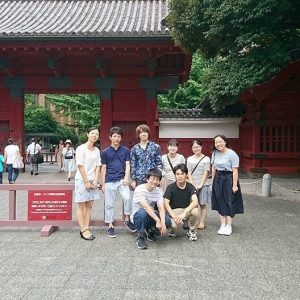 On the contrary, a visit to the Shibuya ward illuminated the modern millennial culture of Japan that is filled with excitement and energy. Another trip to an outskirt neighborhood of presented yet another side of Tokyo that is filled with trendy cafes and Jazz bars that offers a relaxing and comforting atmosphere. It is breathtaking that such a diverse array of subcultures exists within this city, and is the precise element that made my life in Japan continually engaging and exciting.
Reflecting upon such unforgettable memories, I feel that my internship in Japan was truly a scientifically and culturally stimulating experience, and I hope to embrace it all as I move forward in my career.