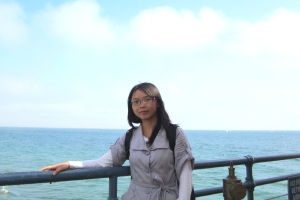 I am an international student from China. Thanks to FUTI for giving me this great chance, I spent a wonderful summer in University of California, Berkeley! This is my first time visiting the U.S., also the second foreign country I visited in my life.
The program I participated in is called sustainable cities. It is a six-week long program, focusing on sustainability issues related to various areas in urban planning, such as community development, housing, land use, transportation, urban design. Since my undergraduate major is urban planning and my current graduate major is sustainability science, I chose this program and expected to have some new inspirations on how to connect these two fields.
Regarding the content of this program, every morning, we had a daily lecture introducing various aspects of sustainable cities. In the afternoon was the key component of this program, a hand-on studio lasting for 4 hours. We were divided into four-person or five-person groups and worked on projects together. During the whole program, we finished three projects. We discussed Berkeley’s climate action plan, analyzing important avenues in Berkeley city and made proposals for improving the avenues from specific perspectives.
Most of my classmates were Americans. They came from various parts of the country. Some of them were students just graduated from universities, some had worked for even ten years. We had intensive discussions with each other. I learnt a lot about how to understand other people’s way of thinking and working with other people, especially those with different culture background and major with me. Group work was tough, especially when we discussed for a long long time but with no conclusion. Sometimes I felt tired and even frustrated, but I enjoyed the process very much.
Besides lectures and studios, we also had participate in site visits. We visited Berkeley city’s recycling center, San Francisco’s waste water treatment plant and mission Bay planning institution. We also talked with the local officials about the future development of Berkeley city.
My outside school life was also quite rich. I went sightseeing in Berkeley, San Francisco and Los Angeles. The Mediterranean climate in San Francisco Bay Area is pretty nice. The average temperature is around 20 ℃ even in summer! That is unbelievable in Tokyo. The sea, the mountains, all the picturesque scenery amazed me a lot!
I also meet some of my undergraduate Chinese classmates. After graduation, I went to Japan and they went to the U.S. for graduate school. We shared our experience of studying abroad and lives in the two centuries. Our experience were quite different from each other. The difference between Japan and the U.S. attracted me a lot, such as the culture, the way of education, the custom, the way of people’s thinking and so on.
This summer should be an important period of time in my life. It is always worthwhile and significant to have different experiences, especially going abroad, immersing yourself with people of different backgrounds and cultures. Since this could give you much precious inspirations, and make you think about your own culture and your way of life.
Finally, I would like to express my sincere thanks to FUTI for giving me this great chance. As the only foreign and graduate student among recipients of UTokyo students, I feel very honored and lucky to be awarded this scholarship. I will try my best to contribution something to FUTI in the future.
Facebook0
Twitter0
Google+0
LinkedIn0
Pinterest0
FUTI 奨学金