My Return to Japan and the University of Tokyo 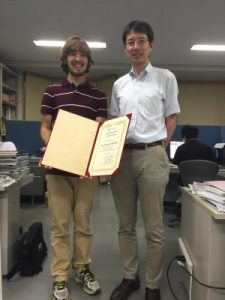 In the summer of 2015, I had the amazing opportunity to travel to Japan for 13 weeks to both immerse myself in Japanese culture and conduct fundamental physics research in the Shimano Laboratory at the University of Tokyo. While there, I really learned a lot about Japanese culture and traveled all over the place, seeing many of the famous Japanese sights and cities. At the same time, I spent long days and nights in lab, learning a great deal about physics and becoming very close with Shimano-sensei, Matsunaga-san, Tomita-san, and all of my other lab mates. 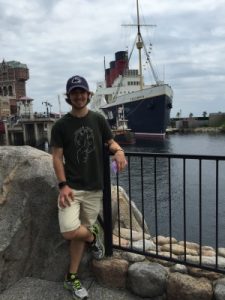 Honestly, my favorite part about Japan was and is my lab mates. Spending time with them and learning from them made my first summer in Japan absolutely incredible and I will never forget it. In fact, I loved my lab so much that I applied to the UTRIP program to return to Japan for the summer of 2016, and I was incredibly fortunate to receive a spot in the program, working with my same lab, and receive funding from Friends of UTokyo. For my return to Japan in 2016, I wanted to further immerse myself into Japanese culture while also becoming closer with my lab mates. I also wanted to get to know the other members of the UTRIP program as well.
I returned to the Shimano Lab in June and started research right away. Shimano-sensei had me on a research project that was similar to what I did the previous summer and it was great to build upon what I learned the past summer. Each day, I spent countless hours reading papers and conducting research in the lab with my mentor, Keisuke Tomita. Spending all of this time together, we became very close. He taught me about some very interesting physics concepts and some really cool experimental techniques. He also taught me about some more of the subtle concepts of Japanese culture and some nuances in the Japanese language. At the same time, I taught him about some aspects of American culture and American language. 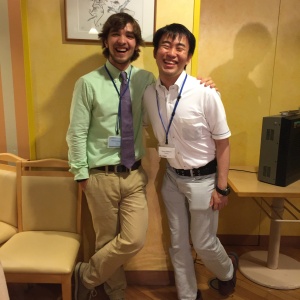 The two of us had some really interesting and thought provoking conversations about politics in both of our countries. One time, he told me about how one of the people running for a political position in his ward of Tokyo had some outlandish, aggressive even, views and that he was actually afraid of him being elected. He asked me if I felt the same way about Donald Trump, and we had a good/scared laugh about how some people with crazy or dangerous ideas could actually rise to power in politics. It was little events like this that made us realize that, even though we came from very different backgrounds and culture, that we were not really that different. We both had similar senses of humor and political views, while also having a great love of physics and science. 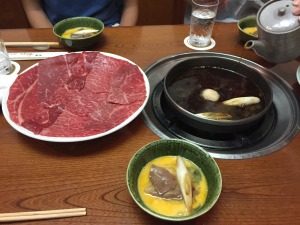 Some evenings, if I finished my experiment by dinner time, a handful of my lab mates would take me out for dinner at some of their favorite restaurants around UTokyo. I really enjoyed going out to dinner with my lab mates because it would afford me the opportunity to learn more about Japanese culture outside of lab. Furthermore, one weekend near the end of the program, all of my lab mates took me to the Edo Tokyo museum, a matsuri, and a Chankonabe restaurant. It was, without question, my favorite day I had in Japan this summer. Overall, I once again had an absolutely incredible time working in the Shimano Lab and I hope to return again someday; either as a grad student, a post doc, or even a visiting professor. 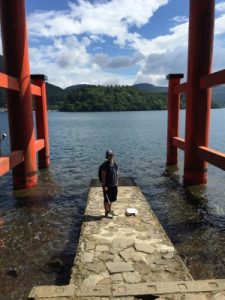 When I was not in lab or spending time with my lab mates outside of lab, I was traveling around the Tokyo region with some of the other UTRIP students. Four of us spent a weekend at a rather upscale ryokan in Hakone. We hiked some of the surrounding mountains, saw Fuji-san, and took a boat ride across Lake Ashi. On another weekend, some of us went out for Sukiyaki, which was delicious, and then we went to Tokyo Disney Sea, which was also really cool to see. Overall, although miniscule, my time outside of lab was incredibly enjoyable, almost as much as my time in lab. 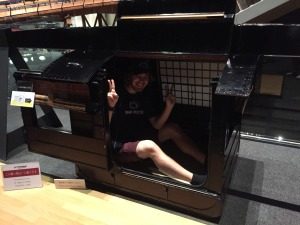 In conclusion, I could not have had a better second summer in Japan, and I am already looking forward to my next adventure in Japan.