Reports from the Participants of IARU’s Global Summer Program 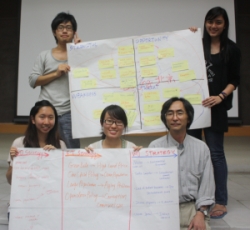 earning experience that connects university students with outstanding peers from other IARU member institutions around the world. The students have the opportunity to explore some of the most urgent challenges and opportunities for the humanities in the 21st century. In the Berkeley program, the UTokyo participants were enrolled in either “Media and Society: The Middle East in the Global Context” (see the reports by Takashi Kawato and Zoheir Mottaki ) or “Summer Peace Institute: Human Security and Peacebuilding” (see the reports by Yutaro Mochida and Manae Uchibori).
Through the rigorous class work and discussions (and the required volunteer work in Costa Rica as well, in the case of the Summer Peace Institute), the students found their experiences to be eye-opening. For example, Mr. Mochida, a law and politics major at UTokyo, reports “This course opened my eyes in various ways, which I think would never have happened if I were just studying in Japan. Not only from the new knowledge I gained from the lecture, but also through the volunteer work, I 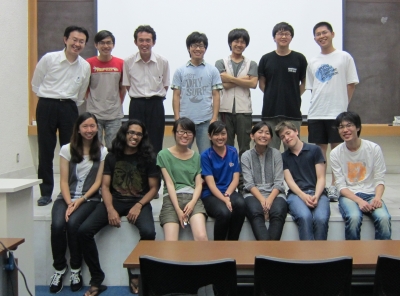 realized the importance of connecting a theory to practice and the real world. In addition, the experience of getting together with many students who came from literally all over the world and talking about peace-making gave me a sense that the world can be small and united no matter how diverse the nationalities or races may be. Interacting and wishing peace with all kinds of people from the bottom of our hearts was truly interesting and I would never forget it.
The GSP at UTokyo offered four courses: “Sustainable Urban Management,” “Japan in Today’s World,” “Nanoscience,” and “Introduction to the Japanese language.” The American students who participated in the UTokyo GSP program were equally impressed by their experiences (see the reports by Melissa Milder, Lisa Bohn, Kristin Low, and Tiffany Pang ). Ms. Milder, a bioengineering major at UC Berkeley, who took the class on Nanoscience writes (in summary) “The University of Tokyo is one of the most prestigious universities in the world, especially in the bioengineering field. Being in a small class of only seven students made it a much more casual setting in which we could get to know the professors and other students more on a personal level. They were always welcoming and encouraging of our questions. They really cared about our understanding of the material as stud 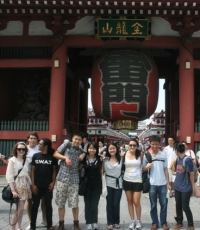 ents and they were all very proud of their own research. I learned a lot about the many different fields of nanoscience and biotechnology and, as a result, I have been able to discover what areas of research I am really interested in. But by learning about the life-changing research that these professors are working on and physically seeing what they are currently doing in their laboratories, I was able to realize what kind of research I was most interested in. As a result, I have been motivated to get more involved with such research at my university and hopefully contribute to a life-changing discovery in the future.”
Prof. Hisashi Kobayashi, President of FUTI, remarks “The experiences of these FUTI awardees are fully in line with FUTI’s commitment to groom leaders of the future. We would like to thank Shintech Inc. and the generous donors who made these scholarships possible.”