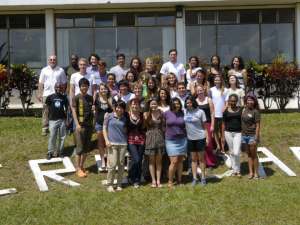 Group photo at the University for Peace