Report on Participation in GSP Program; Media and Society: Middle East in the Global Context

Takashi Kawato
(The University of Tokyo, Faculty of Liberal Arts, Interdisciplinary Social Science Course, Junior)
—
Report on Participation  in GSP Program; Media and Society: Middle East in the Global Context
At the University of California at Berkeley
This summer I participated in a Global summer Program (GSP) titled  ‘Media and Society; Middle East in the Global Context’ which is intended to analyze the Middle East using media studies. Our course was composed of two components, media studies and Middle East studies. In the former, we studied the impact of social media on society and examined media’s influence on the Arab Spring. The latter mainly focused on the political analyses and observations  on Middle East made by a range of scholars from quasi-Orientalists like Bernard Lewis to post colonialists such as Edward Said.  The course materials also included papers from international organizations like the International Monetary fund   and the United Nations Developmental Programme. We were expected to integrate these two components when we worked on our final project. To work on the final course project, we were separated into several groups and each group built  a web site on the development of Arab Spring in  individual countries. (My group worked on the case of Tunisia).
Given what I learned in the GSP program at the University of California at Berkeley I strongly recommend other University of Tokyo students to participate in this program next year because it should provide a totally new experience for most students. Palestine-Israeli conflicts, Arab Spring, continued chaos in Afghan…Perhaps they know them as  so-called ‘international issues’ through reading newspapers or watching news channels on TV but they cannot have real meanings to them. That is because they are not real problems for most Japanese.
The common perception in Japan is that these are  the problem of Arabs, that is, issues Americans are committed  and Europeans are responsible to. For us, Japanese, these problems seem to be totally external to our own world and we might even feel we have nothing in common with them. However, in the era of globalization there is a possibility that we become involved with this kind of seemingly ‘external issues’. We could be directly affected by  Middle East and Sub-Saharan Developments or presidential election in Brazil. I don’t know how such a situation could arise.. However, one thing is certain that now we are globally interconnected each other. Who imagined emission of CO2 in China will affect Japanese environmental policy a decade ago? Who imagined so many tweets with ‘#pray4japan’ after the earthquake?
I don’t know whether it is Middle East Issues or something else we may encounter in the future.. Nevertheless, I think it is absolutely important to know how to deal with something totally new and totally unfamiliar to us regardless of the immediate  utility of such knowledge (of course it might be better if you use it in future.). In other words, it is important to recognize what you do not know. Nowadays we can use Google, Twitter and many other internet networks. Therefore, we have many tools to collect information about the world. However, it is important to be aware that there is something we don’t even know the existence of the issue itself. Before taking the GSP course, I didn’t know anything about Tunisia and that is because there is not  much information in English about and from the country. Tunisia was a former French colony and its first foreign language is French. Academics in Tunisia also write in French. Thus, Tunisia matters are not known well to English speakers and obviously less to Japanese speaker. But if I wouldn’t have dealt with Tunisia in the summer program, I might have never realized that I knew nothing about the country. From this experience, I realized the border between what I can experience and I cannot as well as the limit of what I can experience.
Before closing the paper, I would like to comment on the learning environment of UC Berkeley. Its library was tremendous and lecturers were so kind and helpful. But most impressing thing for us was the students in UC Berkeley. They (both foreign students and local students) were eager to learn and engage themselves in an argument (in good sense). My only regret in Berkley is that my stay was too short. I would like to go on to graduate school there after I graduate the University of Tokyo. 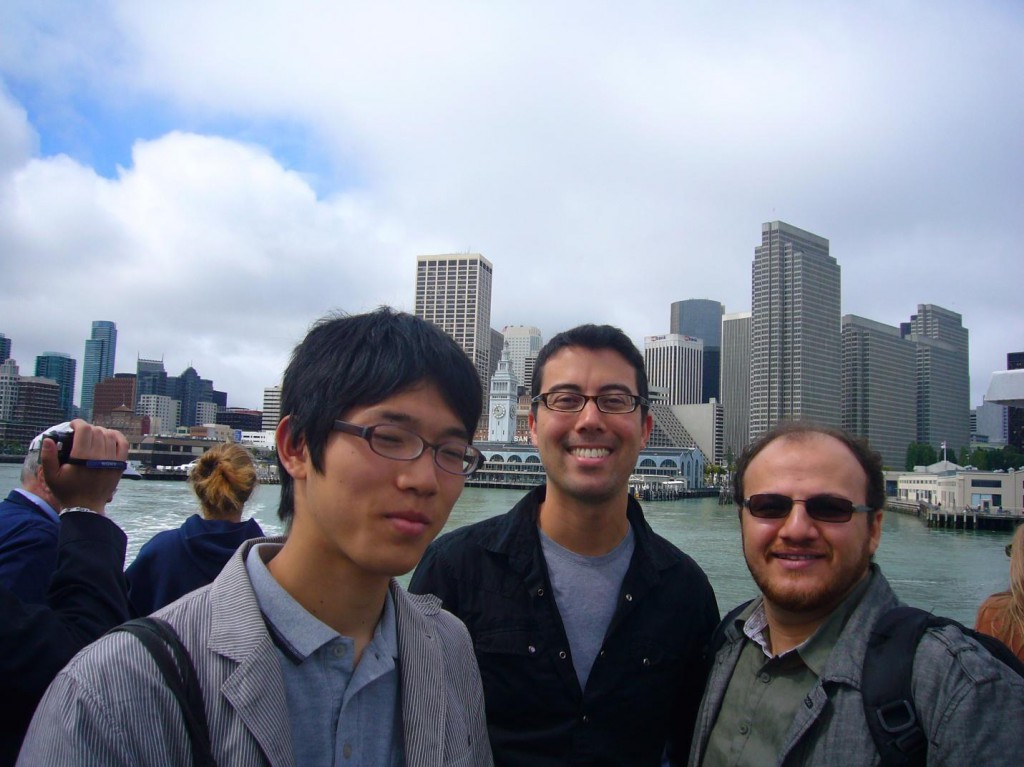