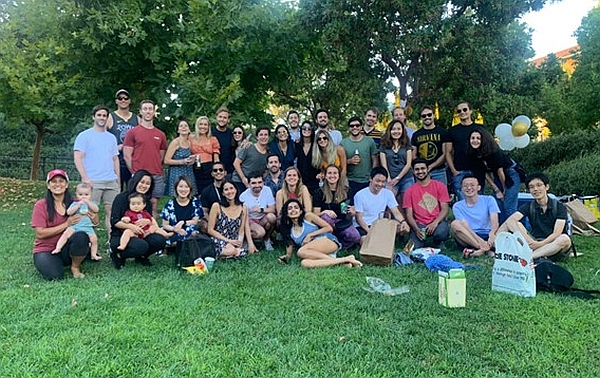 With its scholarship programs, FUTI supports (1) short-term summer program for students at UTokyo who are interested in studying in US universities, and those from universities in the US who are interested in studying at UTokyo and (2) mid- to long-term studies mainly for UTokyo students (undergraduate, graduate, and alumni) to study in the US for one semester or more.

The Covid-19 pandemic resulted in restrictions on study abroad activities in AY2020 which in turn had a negative effect on FUTI’s scholarship program for that academic year. In AY 2021, unlike the short-term programs which were hit the hardest, mid- to long-term studies rebounded to pre-pandemic levels due to U.S. universities’ eagerness to welcome back students and UTokyo students’ enthusiasm for pursuing their studies. This trend continues into 2022.

For short-term summer programs in AY2020 and AY2021, scholarships were awarded to support online attendance of students while staying in their home country despite originally applying with the intent to travel abroad. Support for online attendance was stopped in AY2022 due to administrative difficulties and a decrease in demand. However, because the Covid-19 wave came to Japan later than in the US, UTokyo was unable to prepare for short-term summer programs thus limiting the number of US university students who were able to attend. Only one US university student was awarded the scholarship, but even that study abroad was not realized because of visa complications. Two late applications are currently under consideration. On the other hand, in the same short-term summer programs category, the number of applications received from UTokyo students wishing to study in the US has reached more than half the number of applications received pre-pandemic. Of those applicants, five have been awarded the scholarship.

For mid- to long-term studies this academic year, application numbers were 10% more than pre-pandemic numbers, and 11 recipients were selected, about the same number as before the pandemic. Although recipients are selected regardless of gender, this year marked a distinction in that of the 11 recipients, nine are female. Although at the University of Tokyo, only 20% of the student population is female, the ratio of male and female students interested in studying abroad is roughly equal. The applications FUTI received for this academic year also reflects an equal ratio, but female students outweighed their male counterparts in the pool of award recipients.

Of the selected 11 recipients, ten will be studying at US universities. This group includes one graduate student from Kyoto University. Another awardee is a Ph.D. candidate at a US university who will be undertaking research at UTokyo.

The FUTI Scholarship had been so far limited to summer short-term study programs. In this fiscal year, however, in order to handle increased demand for support of mid- to long-term study programs, the FUTI Scholarship extended for the first time, its support into these programs, to supplement the Ito Foundation U.S.A.-FUTI Scholarship which has been supporting the mid- to long-term study programs for many years by donation from the Ito Foundation U.S.A. This academic year, FUTI fortunately received for the first time a donation from the UTokyo New York Office to be used toward scholarships. Donations from Shintech Inc., a US corporation of Shin-Etsu Chemical Co., Ltd., which has been supporting FUTI’s scholarship operations from the beginning, and donations from individual UTokyo graduates, are thankfully on the increasing trend.

FUTI is committed to making the most of the donations by focusing on nurturing and supporting our future global leaders.