Prof. Teruo Fujii lectures on “Technology to Explore the Ocean—toward attaining sustainable development in the era of revolutionary digital advancements” 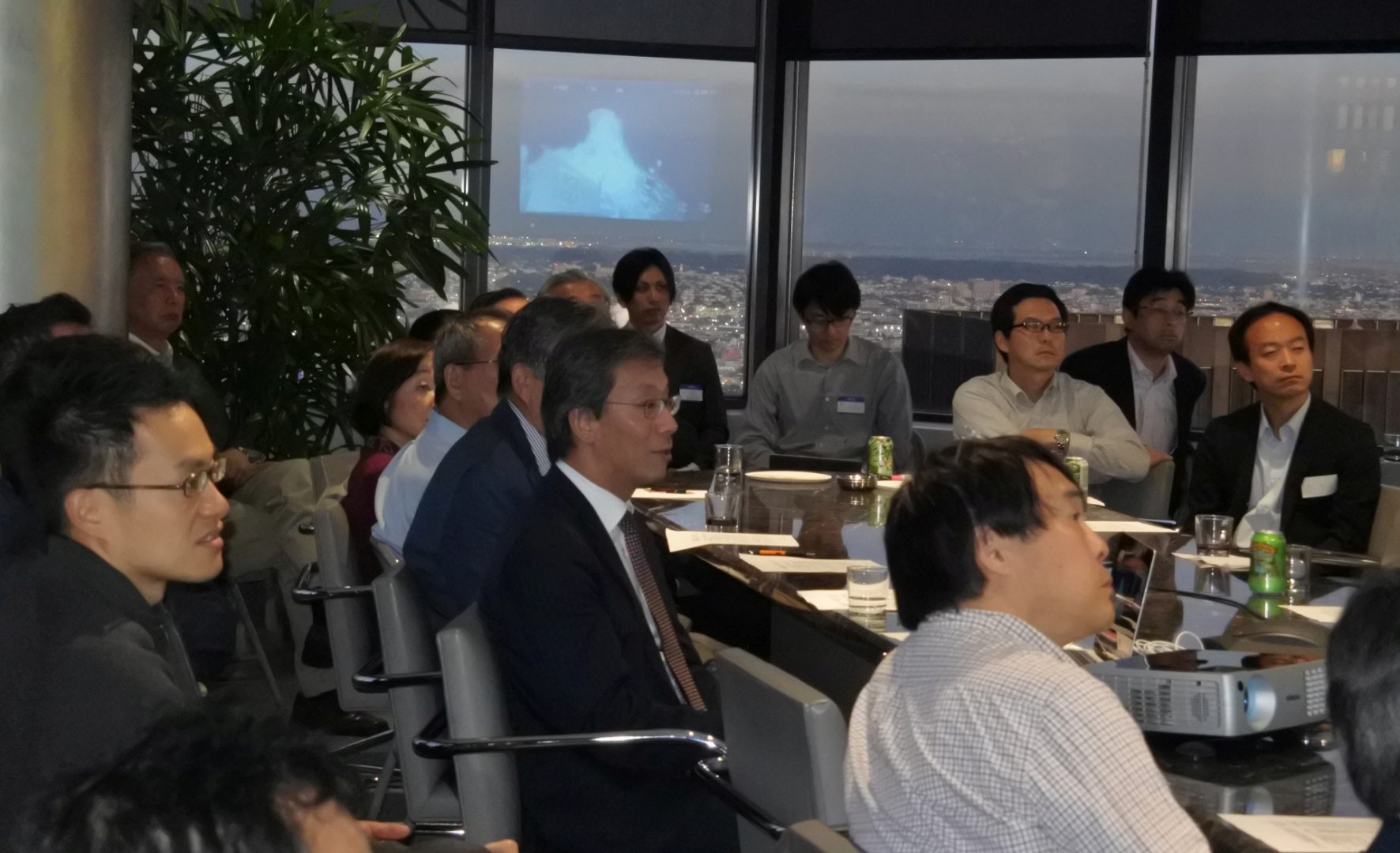 Before the lecture, Dr. Fujii briefly discussed recent developments at the UTokyo, including: the university’s annual ranking in the Times Higher Education. Ranking has risen this year from 46th to 42nd; the Division of External Relations was created, merging the Alumni Affairs section (which is in charge of alumni relations) and External Relations (in charge of fundraising);and creation of the Online Community TFT (Todai for Tomorrow) for UTokyo alumni and supporters.

The professor’s lecture began with a video showing the situation in the bottom of the deep sea. With the light shining from the deep-sea craft (深海艇), nearly everything looked the same color. Obviously, this world without any sunlight was very different from what is seen on land. He explained that even with such colorlessness in the deep ocean, there are a wide variety of organisms that live off chemicals found within the scalding liquid rising out of the hydrothermal vents of the seafloor.

Stressing the importance of exploring this frontier, Dr.Fujii commented that there are a wide variety of mineral and energy sources on the seafloor that can be useful for the sustainable development of resources for mankind. However, he also explained it is extremely difficult to conduct a survey of the ocean, because it is deep, wide, highly pressurized, and pitch black—all contributing to the complications/difficulties of deep-sea exploration.

Prof. Fujii explained that the Autonomous Underwater Vehicle (AUV), a robot on the cutting-edge of technology, has been developed for deep sea exploration. Japan has been developing superior robots of this type that are world-class. Professor Fujii knows this well—as a student, he worked on the development of an AUV called Twin Berger with Prof. Tamaki Ura.

The audience also learned about the development of sensors loaded onto the AUV. Since there is a limit as to how much weight can be loaded onto a robot, researchers aim at developing sensors that are as light and sensitive as possible. Prof. Fujii narrated his first-hand experience in developing a miniature high-performance sensor using micro-fluid device technology which allows the submerged robot to automatically make on-the-spot analysis of the pH, metal ion, DNA, and biomolecules.

Finally, he discussed a sensor-network called OMNI which is used to explore the ocean with the global coverage of 306 million square meters. This sensor floats on the ocean surface and reports on the conditions of the sea. Designed as an open-platform, it can be produced at a low-cost of under $200 per device. It is hoped that the general public would be able to float these inexpensive sensors creating a high density network to cover a vast area.

After the lecture, participants askedProf. Fujii many questions. They spanned a wide variety of topics leading to alively discussion, not only about the ocean but also on climate change and thefuture of the University of Tokyo.