Prof. Ko-Yung Tung Discusses  “The Supreme Court: Why It Matters So Much in the US, and So Little in Japan?” 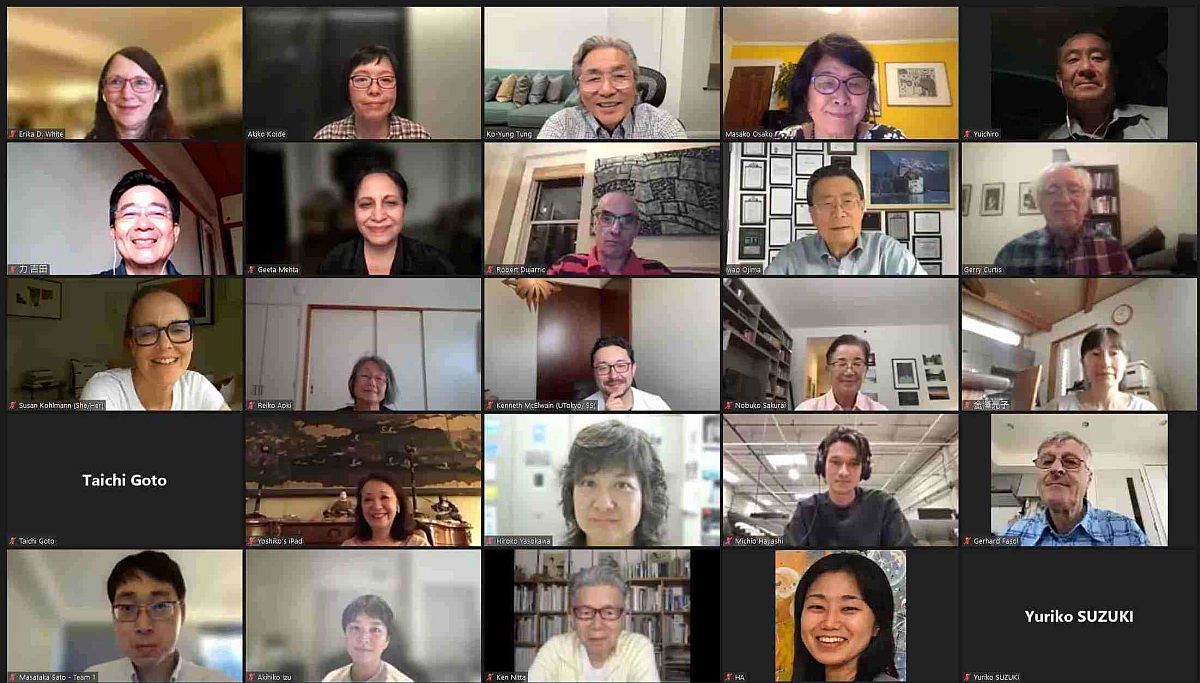 In its inaugural Fireside Chat, Prof. Ko-Yung Tung discussed the topic of “The Supreme Court: Why it matters so much in the U.S. and so little in Japan” on July 30 (US) and July 31 (Japan) via Zoom. The Chat was sponsored by Friends of UTokyo (FUTI), Satsuki-kai America and FUTI Alumni Association.

Prof. Tung, a Lecturer on Law at the Harvard Law School, has been a Foreign Fellow at University of Tokyo, Faculty of Law, and General Counsel of the World Bank. The moderator was Dr. Geeta Mehta, Prof. of Architecture at Columbia University who earned her Ph.D. in Urban Engineering from UTokyo.

Dr. Mehta started by asking Prof. Tung why the roles of the Supreme Courts of the U.S. and Japan differed so much when the Japanese Constitution of 1947 was essentially written by Americans under the Occupation. Prof. Tung briefly recounted the drafting of the U.S. Constitution by noting that it was a compromise document between the Federalists who favored a stronger national government against the Anti-Federalists who were concerned with protecting the rights of States, including slavery. This tension and compromise produced many provisions of the U.S. Constitution that still divides U.S. politics and jurisprudence. On the other hand, the Japanese Constitution was drafted essentially by three young and idealistic Americans without real opposition from the Japanese Government (which was under SCAP control) and people (who were not invited to participate in the drafting). The American drafters were primarily interested in “demilitarizing and democratizing” Japan in accordance with the Potsdam Declaration of 1945 with the so-called “Peace Provision” in Article 9 and with extensive civil rights to the Japanese people.

Most of the questions from the participants focused on the Japanese Supreme Court and its decisions. One question was about the “independence” of the Japanese Supreme Court as it has overturned so few legislations as unconstitutional (only 8 during 1950-2010; as compared with over 900 in the U.S., over 600 in Germany, and over 1/3 in France). Prof. Tung noted the uniformity of the background and the closeness between the judicial and the executive branches of government in Japan making this quite an expected result.

Another question asked was about “controversial” judicial cases in Japan. Prof. Tung mentioned that currently the same-sex marriage is very controversial. Art. 24 of the Japanese Constitution provides that “marriage shall be based only on the mutual consent of both sexes…”. Last year the Sapporo District Court interpreted that Article to allow same-sex marriage based on the sexual equality provision in Article 14 of the Constitution. However, this year the Osaka District Court ruled that same-sex marriage was barred by Art. 14. Both cases are up on appeal at the High Courts, and most likely will go to the Supreme Court. It will be interesting to see how the Japanese Supreme Court will rule on this issue.

Given the time limitation, many other interesting questions could not be discussed.

The online format enabled more than 35 participants to join this event from US, UK and Japan. Participants were of diverse backgrounds, ranging from graduate students to corporate executives, scientists, and legal professionals. The session ended with a huge applause with many participants asking Prof. Tung to come back and give a continuation of the talk.