President Hamada Participates in a “UTokyo Day” at Princeton University 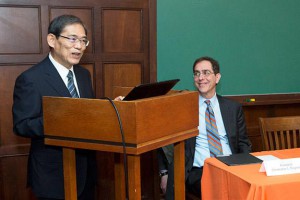 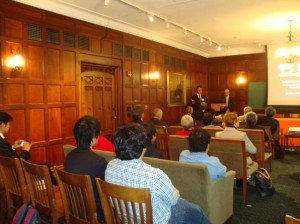 President Junichi Hamada visited Princeton University in Princeton, New Jersey on October 23, 2014 to participate an event to commemorate the strategic partnership agreement that both universities made in January 2013.
In the welcome address President Christopher Eisgruber of Princeton University said, “Princeton University and the University of Tokyo had been already collaborating in a fascinating array of subjects, but we can solidify our relationship further by this formal agreement. I hope that both institutions will continue to grow as world-class universities through this partnership.”
In return President Hamada had expressed his desire to see the partnership grow and flourish, and stated,”The University of Tokyo aspires to become a world-class university by capitalizing on our position as a foremost Japanese university. Our students must experience the world outside of Japan so that they can be exposed to diverse ways of thinking.”
Dr. Masako Egawa, Executive Vice President of UTokyo and Provost David Lee of Princeton also reported on their internationalization programs at both universities. 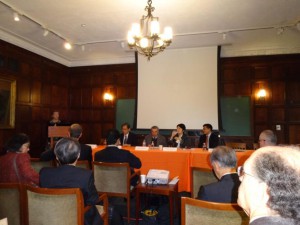 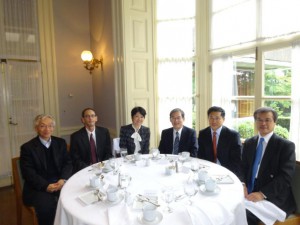 As for the education program, Professor Jin Sato (Institute for Advanced Studies on Asia, UTokyo) and Prof. David Leheny (East Asian Studies Department, Princeton) reported on the status of the exchange program for undergraduate students. In all the presentations, the great value of the partnership that enables both universities to learn each other’s strengths was acknowledged.
In the Q&A session that ensued, various issues were brought up and discussed to improve the activities, and a lively discussion was exchanged concerning such topics as similarities between Japanese and American students in their attitude in classroom learning, as well as the difference in their customs to speak up or not to speak up in class.
The delegation of the UTokyo included, in addition to President Junichi Hamada and Dr. Masako Egawa, Prof. Hiroaki Aihara (Executive Vice President), Prof. Takehiko Kitamori (Special Advisor to President). In addition, Prof. Emeritus Shukuro Manabe (Atmospheric and Oceanic Science, Princeton), Prof. Masaaki Yamada (Princeton Plasma Physics Lab, and FUTI Director of University Relations) and Prof. Nobuhiro Kiyotaki (Economics Department, Princeton) , Dr. Masako Osako (FUTI staff), and Mr. Takeshi Komoto (Executive Director, JETRO New York Office) attended to show their interest to support the event.
Related articles: “Princeton celebrates international partnership with ‘University of Tokyo Day’.”
http://www.princeton.edu/main/news/archive/S41/40/83Q40/index.xml?section=topstories
http://www.princeton.edu/main/news/