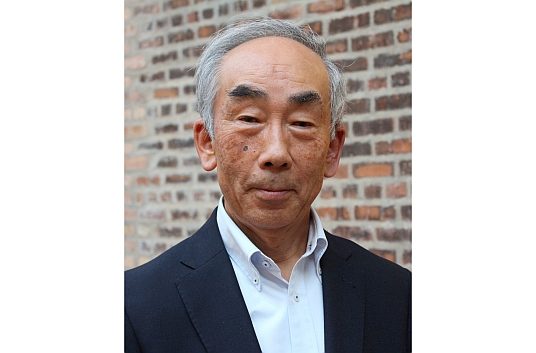 It is with great sadness that we report the passing of Dr. Sadaoki Furui, member of the FUTI Advisory Committee,  on July 31, 2022. Dr. Furui was an internationally-renowned leader in the field of speech processing and played an important role in improving natural communication between humans and machines. He was 76 years old.

Dr. Furui received B.S., M.S., and Ph.D. degrees from the University of Tokyo in 1968, 1970, and 1978, respectively.  He joined the Nippon Telegraph and Telephone Corporation (NTT) Laboratories in 1970 where he worked on speech analysis, speech recognition, speaker recognition, speech synthesis, speech perception, and multimodal human-computer interaction.  From 1978 to 1979, he also served as a visiting researcher at AT&T Bell Laboratories, Murray Hill, New Jersey.   In subsequent years, he was a Research Fellow and the Director of Furui Research Laboratory at NTT.

In 1997 he became a Professor at Tokyo Institute of Technology, where he later served as Dean of the Graduate School of Information Science and Engineering. Upon retiring in 2011, he was named Professor Emeritus.  After moving to the United States in 2013, he served as President of Toyota Technological Institute at Chicago (TTIC) (2013-2019) and as Chair of its Board of Trustees in Chicago (2019-2021).

Dr. Furui authored and co-authored more than 1,000 papers and books in the fields of speech recognition, artificial intelligence, and natural language processing.  He received numerous awards and honors for his outstanding contributions, including the designation of a Person of Cultural Merit (Bunka Korosha), Medal with Purpose Ribbons (Shiju Houshou), and the Okawa Prize. Additionally, he was the recipients of numerous awards from various associations and organizations including IEEE, ISCA and NHK.

As a member of FUTI’s advisory committee (2020-2022), Dr. Furui demonstrated an unwavering commitment to not only improving the quality of education at Japanese universities but also inspiring younger generations to become globally-minded. He was a frequent presenter at events organized by FUTI and UTokyo alumni associations in the US. Most recently, he gave online lectures titled, “Recent Developments and Future of Artificial Intelligence (AI)” in July 2020 and “University and Society in the time of AI—Reflection on my Experience as President of Research Institution in the U.S.” in October 2021.

During these talks, Dr. Furui often shared his views about the challenges faced by  Japanese Universities  on the increasingly competitive stage of global academia. For example, he stressed “Until now, the main focus (of education in Japan) has been on having students memorize factual knowledge, but since knowledge is now readily available in any number of forms, it is increasingly important to hone students’ ability to apply and utilize knowledge with creativity.” His assertions frequently served as a catalyst for involved discussions among inspired audience members ranging from university president/administrators to graduate students.

Our hearts go out to his wife, Mrs. Hikaru Furui, his family, his colleagues, friends, and former students around the world whose lives were enriched by the warmth and kindness of Dr. Furui.

By Masako M Osako, Member of the Board, Friends of UTokyo, Inc.