My First Summer in Japan 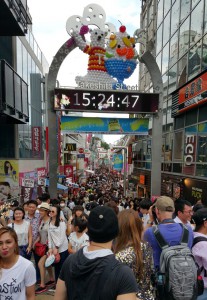 This summer, I was fortunate enough to be chosen as one of the participants for the University of Tokyo Research Internship Program (UTRIP). Saying that I was overjoyed when I received my acceptance notice would be an understatement describing how I felt. The internship would not only provide me with valuable hands-on research experiences but also a chance for me to visit Japan for the first time in my life. Although Tokyo did not seem very intriguing at first sight, the day-to-day experience did slowly make me appreciate the beauty of Japanese culture. 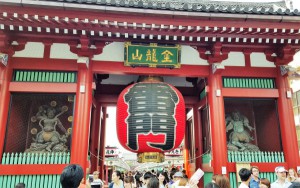 As a participant of UTRIP, I joined Professor Kobayashi’s lab in the Department of Chemistry at the University of Tokyo from June 11 to July 22. My lab focused on synthetic organic chemistry which was a lot more labor intensive than I expected. Nonetheless, I learnt a lot of new lab techniques during my stay in the lab. One of the coolest things I was allowed to do was to operate NMR machines on my own. I also had a chance to use a glovebox which was really interesting but tedious at the same time. The lab members and faculties treated me like an actual researcher which I really appreciated. However, life as a researcher wasn’t all that fun and easy (at least not in an organic synthesis lab). When I first started, I was instructed to work from 9 a.m. till 5 p.m. Monday through Friday which isn’t too bad at all. But starting from the second week and onward, I began working from 9 a.m. till 9 p.m. on average Monday through Saturday. I spent most of my day in the lab which prevented me from exploring other parts of Tokyo. So one take-home lesson I got during this six-week period is that it takes a lot of dedication to be a researcher. You got to enjoy what you do because that’s what you will be doing all day long. 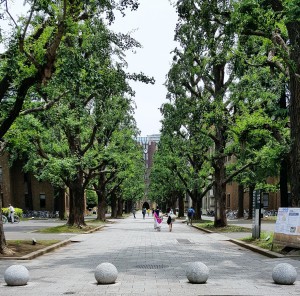 During my miniscule amount of time outside the lab, I really enjoyed Tokyo as a whole. The food were excellent, the culture was intriguing, and the people were really friendly. It was very different from where I came from. When I first arrived at the University of Tokyo, I was thrilled by how beautiful and clean the campus was. First, the main entrance was accompanied with gingko trees on both sides of the road which made it felt like opening arms welcoming my arrival. Following the main entrance was the Yasuda Kodo, the most famous building at the University of Tokyo as well as a popular tourist attraction. Next, there was also the Akamon Gate, otherwise known as the Red Gate, which is another tourist attraction. Apart from being on campus, I got to explore other parts of Tokyo such as Asakusa, Akihabara, Takadanobaba, and sometimes even outside of Tokyo such as Nikko. It was quite amazing to see the diversity in the architecture style from different parts of the country. 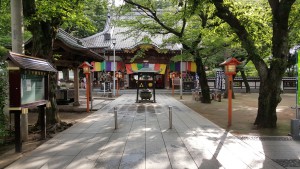 For me, one of the most valuable thing I received from UTRIP was the chance to meet people from all around the globe. There were participants from India, Hong Kong, Australia, Italy, UK, and much more which made the cultural exchange very interesting and fun. We shared our stories with one another and even met up with some participants in other countries after the program.
UTRIP is definitely a top-notch science internship program. The diversity in participants and the work done as part of the internship helped me a lot to understand what doing research is like. This summer was one of the best summers I’ve ever had despite the how intensive the program was. All these wouldn’t have been possible if it wasn’t for Friends of UTokyo, Inc. I am very thankful for the aid from FUTI and encourage all of the science major students to apply for UTRIP.