Yutaro Mochida
The University of Tokyo, Faculty of Law
—
UC Berkeley, “Human Security and Peacebuilding”
June 13th – July 15th at University for Peace, Costa Rica, CA
The  course, “Human Security and Peacebuilding” spanned five weeks. The first three weeks, conducted on the University of California Berkeley campus, were devoted to the lectures about the influential ideas concerning the human security and peace building. , During the last two weeks we were required to do volunteer works at a site in Costa Rica each of us chose on the first day of the class.
At the lectures, we learned a great deal about ongoing global problems such as migration, environment, human rights, democracy in relation to Arab Spring, and so on. The class focused especially on “vital core” of human security. Although the concept of security has been changing from the traditional state security to newly emerged  human security, the whole concept of the human security is still quite ambiguous. The term “Vital core” is regarded as the key concept to untangle this complex idea about human security, and it has three factors; physical security, livelihood, and human dignity.
After completing the paper and presentation that was due on the last day of the third week, we went off to the  places where we were going to volunteer for the next two weeks. The volunteer work I did was maintaining and rebuilding the tracks of the forest park in Monteverde, which is one of the most famous destinations for eco-tourists in Costa Rica. The work involved mainly manual labor, though as I talked with the staff and other volunteers who had been working there longer than us, I realized that being wholly dependent on tourism is not a totally good idea as it increases the people’s venerability.
This course opened my eyes in various ways, which I think would never have happened if I were just studying in Japan. Not only from the new knowledge I gained from the lecture, but also through the volunteer work, I realized the importance of connecting a theory to practice and the real world. In addition, the experience of getting together with many students who came from literally all over the world and  talking about peace-making gave me a sense that the world can be small and united no matter how diverse the nationalities or races may be. Interacting and wishing peace with all kinds of people from the bottom of our hearts was truly interesting and I would  never forget it.
For those of you who are planning to involve in the program next year, I just want to say, be aware that you are part of the world, and have fun. 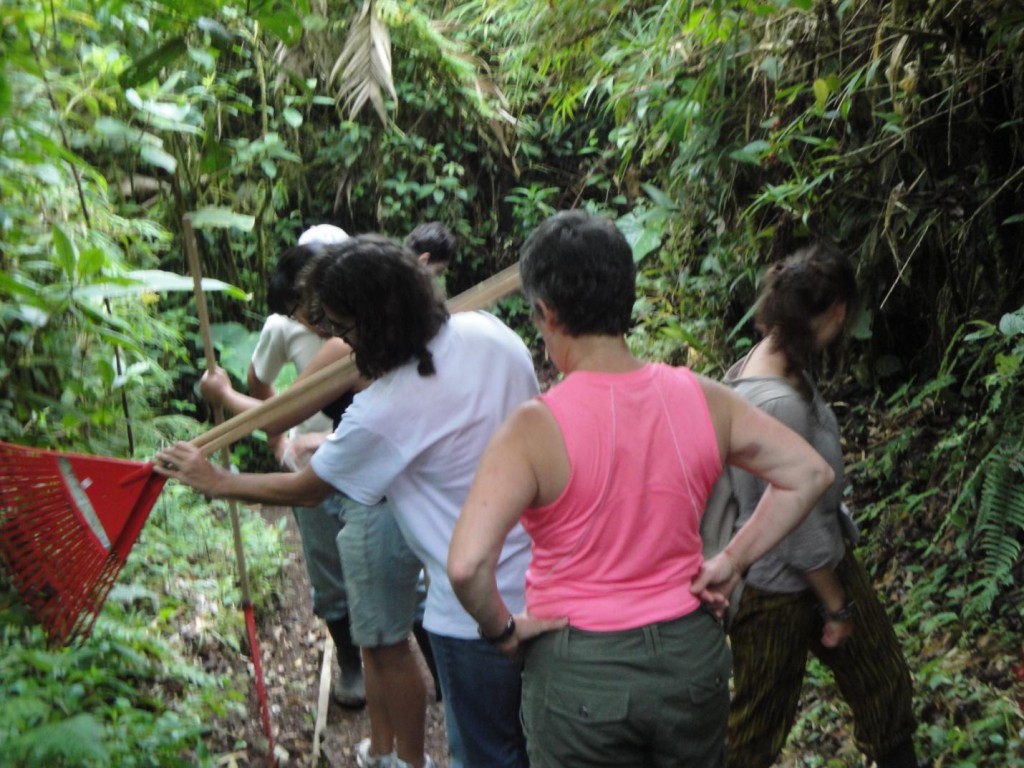