Introduction to Japanese Language and Japan in Today’s World 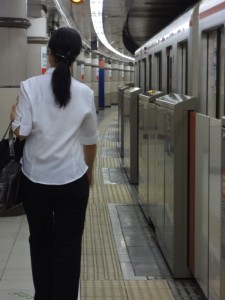 Before I begin to write about my experience this past summer, I would first like to thank the Friends of UTokyo Scholarship Committee for giving generously to my trip to Japan. Without their funds, I would not have been able to travel to another part of the world and experience a different, but often times strikingly similar, culture.
One of the reasons I wanted to go to Japan and particularly through this program was because I was interested in expanding my experience of East Asia. I am currently an Anthropology major so I am always intrigued by how societies function, the kind of cultural practices societies have and how culture can be interpreted to reveal something significant about why or how a society may function a certain way. Last semester I took a course titled “Cultures and Markets in Asia” which used a global and historical context to look at how societies and cultures in Asia developed with each rather than separately. This course has greatly affected my way of viewing the study of countries and cultures. My goal then, is to try to understand and learn about East Asian culture in the context of their interregional interactions and exchanges. I spent a previously summer in China and so I then wanted to explore and get a firsthand experience of Japan. Since I had little to no study of Japan before hand, this program would help me get an introduction to Japanese history, society, language, politics and culture.
When I first arrived in Tokyo, I knew little to no Japanese at all which made catching a taxi to the somewhat obscurely located hotel more complicated than I thought it would be. One of the things the taxi driver told me as he was driving, in his broken English, was that not being able to speak even a little bit of Japanese in Japan was bad and that life in Tokyo would be difficult. I then realized that I had done something wrong without even intending to. It was not just that it would be difficult to get around Japan because I did not know that language, but it was also because I was somehow being rude and disrespectful by going to Japan without basically no Japanese and expecting to get by by speaking English to the people of Japan. This thought was so different, strange and interesting. Luckily I was able to appease the taxi driver at the end of the journey with the single word I knew in Japanese which was arigatoo gozaimasu, paid him the overpriced fair and entered the hotel at 2am in the morning. 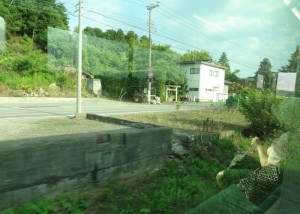 Since that experience I was very determined to pick up Japanese as quick as possible in my intensive language course. Though I spent a lot of time with my classmates which limited my use of Japanese, I was able to get by with shopping, asking for directions and holding simple (but often confusing as well) conversations with the cleaning lady at the hotel. Since I have Asian ancestry, with my Japanese, at some points I felt like I was able to seamless blend into the crowds of people on the streets of Tokyo, until I opened my mouth to a Japanese person.
During the break between my two courses, I was able to take a day trip to the nearby ceramics center of Mashiko. This was the only time in which I was able to escape the urban jungle of Tokyo and go out and see the other parts of the country. After taking a ride in the convenient and efficient train system, I arrived to lush green fields, dirt roads, an open sky and as per usual, the piercing sounds of cicadas in heat. I was able to visit famous icons in Mashiko like the gigantic Tanuki statue and the famous Jonaisuka street of ceramic shops. I ended the trip with a visit to a studio which was run by a young couple and tried my hand at learning this part of Japan’s throwing technique. It was wonderful to see Japan’s beautiful mountains and also to get a sense of what the non-urban areas of Japan might be like.
The last part of the program was a crash course in Japanese domestic politics, modern history and foreign policy. Every day was a wealth of information pouring in which felt like trying to fish with your hands in a running stream. While the lecturers were giving us detail and information, I was trying to sift through them to find underlying concepts and historical explanations for the political phenomena like Japan’s one party democracy. The time after class during lunch time was always filled with some sort of discussion of what we learned in class that day.
It was also interesting to witness the house elections while we were learning about the very same process in class. As I traveled around the city with my classmates, we would almost always hear the faint and sometimes piercing shouting of campaigners in their buses with megaphones. They were ubiquitous in the city but also to my surprise, even in Mashiko. I was never able to escape the deafening cries of party politics from fervent party members but perhaps that was the point. The permeation of politics into all the strata of life in Japan seemed to be something grass roots politics in the United States is trying to revive in its current system. There also seemed to be a similar current of hope and disillusionment of the government. While citizens expect government to aid their woes, they also at the same time expect the government to be ineffective. It is interesting to see how political participation is addressed in both countries.
My time in Tokyo was filled with trips around Tokyo with my classmates from the touristy area of Scramble Crossing in Shibuya and the Tsukiji Fish market to the hipster village of Shimokitazawa and hidden local onsen of Asakusa. As much as the visual imagery of Tokyo inundates my memories, it was the relationships I formed with the people I met that really made my experience in Tokyo so wonder filled. Our conversations on the hotel’s balcony, our embarrassing attempts at speaking Japanese with locals, late night karaoke sessions reminiscent of the movie “Lost in Translation”, those are the moments which still linger and stay with me. We were all from different countries, cultures and walks of life, yet we all managed to have a wonderful time together. I am also reminded of the kind and patient people I met in Mashiko, the helpful and reassuring hotel staff, the old man from Shizuoka who I met in Kamakura and the crepe shop owner in Harajuku. Tokyo was as much a physical place as an eclectic community of people and their livelihoods. Their lives seemingly disconnected but each somehow adding layers of complexities and perspectives to the places I went to.
Sadly, my experience in Tokyo had to come to an end and I was left with more unanswered questions than answers I was hoping to find. I do not think of this as a negative thing, in fact, it makes me more excited to continue to study Japan and return in the future. I am currently taking a course titled “Japanese Nationalism in a Global Context” which will prove to be very helpful in understanding my own experience and answering some of my questions. This has been one of the most adventure filled experience of my young life so far. I made beautiful memories with lovely people from all around the English speaking world. I felt as if the world’s horizons were constantly expanding, revealing not only how different our ways of life were, but also how at the very core of all of us was a humanity which connected all of us together.
Facebook0
Twitter0
Google+0
LinkedIn0
Pinterest0
FUTI 奨学金