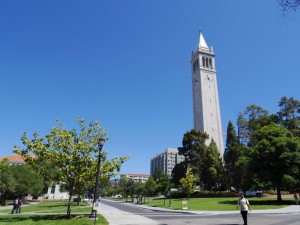 This summer, I attended IARU GSP at UC Berkeley from 7/8-8/17 and it was definitely one of the best summer I have ever had. In this report I’d like to talk about my own experience more than the general outline of the program which you can just google and see for yourself.
The course was on “Media and Global Protest Movements” and through this course, I was not only able to develop my expertise on international relations, but was also able to study about how the new technology, especially social media, can start up protests and social movements and eventually influence the international political arena. From my experience as an IR major, looking at how individuals can make a change in international politics was really interesting because normally, the states are the main actors. The class consisted of two different parts, one being more academic which was mainly about the political science studies of social movement theories and the other being a workshop kind of lecture where we would not only read and discuss how “media” as a whole has changed over the years in its type and influence, but also learn practical things like how to build websites and how to use social media to express our own thoughts to the world. We actually built our own website and wrote blogs, used twitter to learn the whole idea of the new age of “Web 2.0”. The course was intense with lots of readings and assignments but I think it made the entire learning process more interesting and worthy. 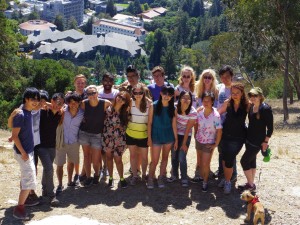 The most memorable moment about the course itself would be talking to the professors after we had finished our final group presentation. I thought I had done the presentation better, and told them how I kind of screwed up with it on the way to take the surveys of the class to an office that one of the students had to carry instead of the professors. One of the professors, Tara, had told me about how she had practiced when she first became a lecturer (she would write down every points she need to make during class and practiced double the time of the lecture every single time!!!) and how I should keep on improving myself through my life. I was so grateful that she talked to me in a way that I can feel I had managed to go through a rigorous course and that she knows what kind of effort I had put into the course. I felt really happy to have met her. It was so different from the relationship we would have with professors in Japan so I really thought that was something worth coming to Berkeley. 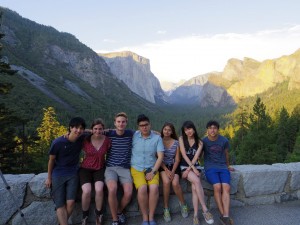 Now, I’d like to write some things we did out of class, which made every single aspect of the 6 weeks perfect. Since we only had classes on Tuesdays, Wednesdays and Thursdays, though we had plenty of readings and assignments, the GSP students were able to go on short trips around California, get to know the place but also to get to know really well about each other. We visited Yosemite, Lake Tahoe, Los Angeles, Stanford and many other places together over the weekends. Even while we were at Berkeley, we would eat meals, go to cafés to study or chat, go to the pool to do some readings together. We were together the whole time. The day we first met, Tara was saying that people would become like families after the 6 weeks. I didn’t really expect that to happen, but it actually did. It was really sad on the last day saying our goodbyes to everyone but we know we are going to see each other soon. I am really happy to have met them, spent time together with them, and became like a family with them.
To conclude my report, I’d like to say that this IARU GSP was an amazing program that you can learn not just about the course but to learn how people from all over the world would think differently about the same topic and to become really good friends with them. I am really glad I have participated in this program. Big thanks to all the universities within IARU, especially UC Berkeley, and of course professors and friends who made my 6 weeks so memorable. Last but not least, I’d like to thank Friends of UTokyo for offering me the scholarship to literally make this experience available to me.
Facebook0
Twitter0
Google+0
LinkedIn0
Pinterest0
FUTI 奨学金