Manae Uchibori
University of Tokyo
—
GSP Program at UC Berkeley: Human Security and Peacebuilding
I participated in the course of the university of California, Berkeley. The course was the joint program with UPEACE, a university mandated by United Nations.
For the first three weeks, the classes were conducted with a morning lecture/afternoon discussion format. Following that, we had field study as a peacebuilding practice for two weeks.
In the lectures, after an initial introduction of human security and peacebuilding, three specific security issues was given special attention in the form of case study modules: international migration and human rights; poverty, environmental stress and vulnerable peoples; and terrorism. The latter section also addressed “The Arab Spring” in the Middle East and North Africa as a response to conditions of human insecurity. What’s more, we chose additional human security issues for research and presentation.
In particular, the lecture about “The Arab Spring” was the most impressive for me. The professor was from Egypt, and he explained how Islam thought about current situation from the historical and religious point of view. As for the group project, we researched about child soldiers in Uganda. The research was amazing because we had a student from Uganda who used to be a child soldier.
After the lecture, we were organized into teams of 4-5 members and participated during an intensive two-weeks period in field study assignment under the supervision of governmental agencies and non-governmental organizations working in the areas of environment, health, food security, education, development, gender equality, conflict resolution and other human security issues. I went to a lodge named El Manantial lodge to help the owner create more environmental friendly business. He tried to raise the awareness of local people for environment. To be honest, what we did was manual labor, however, I learned that small work is very important in order to start something big. In addition, the experience made me realize the importance of team building. At first, we didn’t know each other. However, we gradually understood and cared for each other.
It was the first time for me to study human security and peace building, because I am in law department at my university and such kind of class is not popular in Japan. However, my dream is to work for peace. So this experience was an eye-opener for me. I want to keep studying about peace.
The amount of reading was the most difficult work for me. In addition, I think that more students from all over the world should enroll in the class because most students were from Berkeley.
Anyway, I strongly recommend everyone to join this wonderful program!!! 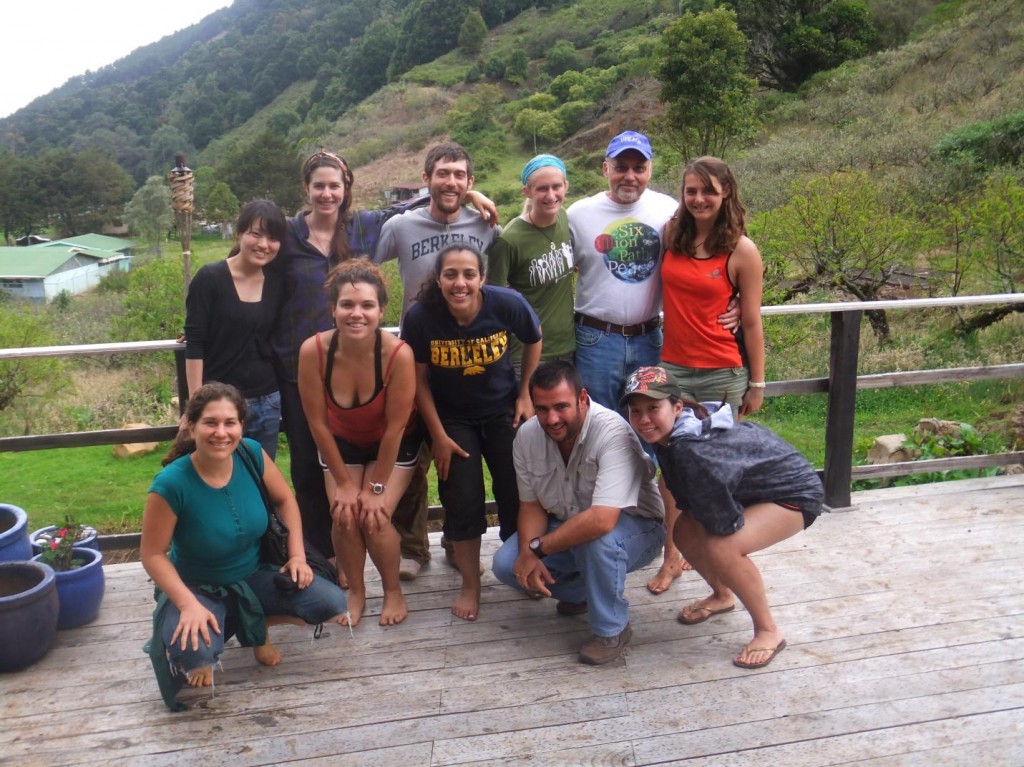 Ms. Uchibori is the farthest left on the second row in a black shirt.