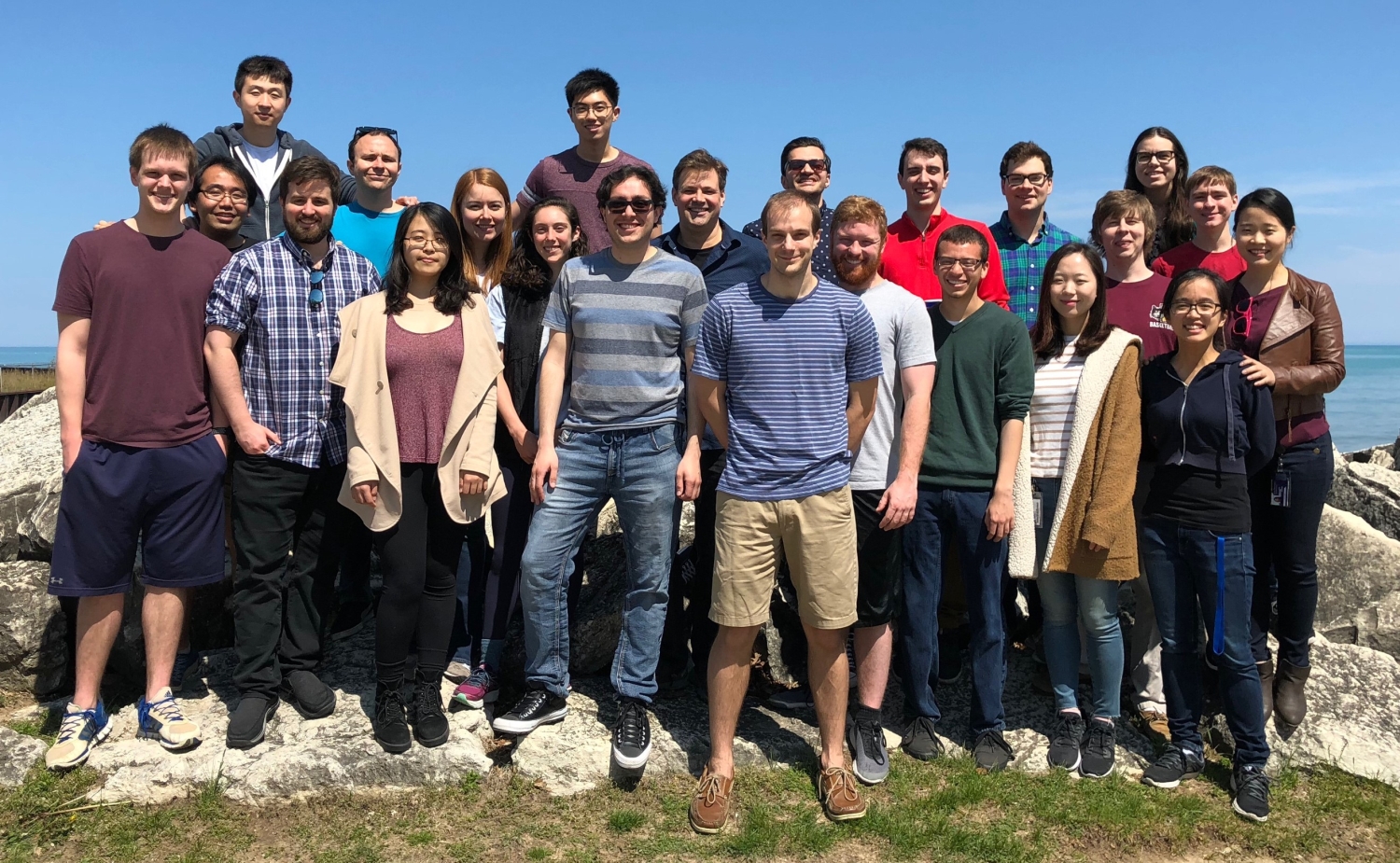 In the summer of 2018, FUTI’s Facebook Team created the series “Reports from FUTI Scholarship Students (2012-16)”. Of the approximately 100 former FUTI scholarship recipients, nearly 30 responded, of which 22 gave permission to have their stories and photos posted on FB. Many of them reported that the experiences enabled by the FUTI scholarship were eye-opening and significantly influenced their career/life planning. Facebook analytics show that these posts reached 200 – 1400 viewers. Many of the “likes” were from former FUTI scholarship recipients, creating an opportunity for them to respond to fellow recipients’ posts. Many recipients have also expressed interest in establishing a “FUTI alumni” group.

The submitted stories were nearly equally divided between students from USA and Japan.
A large majority of them are pursuing a PhD program in US or European universities including Princeton, Harvard, Columbia, Oxford and UTokyo, while about 20% are working in private sector industries ranging from investment banking, IT, automotive and advertisement.

Admittedly, the number of scholarship recipients who sent us their essays is not statistically significant. However, their posts provide us with a glimpse of their views and current experiences. The sentiments that appeared frequently include the following:

A few excerpts from posts (in) are below. We strongly urge you to visit www.facebook.com/friendsofutokyo for full reports:

In 2014, when I received a FUTI scholarship to study at a summer session of the University of California, Berkeley, I was a sophomore before going into the School of Medicine. I remember that I wrote a report after the summer session, saying “I want to be a top-notch doctor who can treat people of all kinds across the national border.” This thought (desire?) is still alive in my mind. The diversity of human existence that touched me in the United States during the summer of 2014 is always swirling in my mind and keeps me motivated.

Motivated by my experience in UC Berkeley, this past year, trying to challenge myself, I applied for a clinical practice at the University of Sydney’s Royal North Shore Hospital. (Please read my report HERE.) During the practice, I noticed differences in tests and drugs provided in Japanese and Australian health care systems which reflect respective patients’ race and diseases. However, at the same time, I became keenly aware of the commonly shared belief that “the medical practitioners should do their best for the benefit of their patients in any country.”

With the Ito Foundation U.S.A.-FUTI Scholarship I was able to immerse myself in the study of Urban Planning in one of the most vibrant and exciting cities in the world. At the graduation ceremony this May, I was humbled to receive the American Institute of Certified Planners Outstanding Student Award, a prize granted to one student in the graduating class of the Urban Planning master’s program for outstanding performance. After graduation, I have been working in the Urban Design and Zoning Division at the New York City Department of City Planning. This position enables me to marry my architecture education from the University of Tokyo and my planning expertise from Columbia, and I will strive to absorb everything I can in order to contribute to Japanese cities in the future.

I found the UTRIP program at Mitsuhiko Shionoya’s bioinorganic chemistry laboratory to be a highly rewarding and beneficial experience that shaped my future research interests and career plans. I’m currently enrolled in the Chemistry PhD Program at the International Institute for Nanotechnology, Northwestern University, conducting research under the supervision of Professor William Dichtel. Our work is focused on designing new membrane technologies capable of performing environmentally relevant chemical separations such as water purification and desalination.

I am inspired to read FB posts about the activities of FUTI award recipients, spreading from the East Coast to the West Coast. It is impressive that FUTI has managed to select many students who are not only highly talented but ambitious. I am interested in organizing a FUTI alumni group or gathering. They would help us develop a sense of community, going beyond simply reading and admiring fellow FUTI alumni’s fantastic accomplishments. I look forward to further FB series for and about FUTI alumni.

In reading FUTI’s FB series, I was amazed to find that many fellow scholarship recipients are active in a wide variety of fields, from academia, research, and art to medicine. Their stories have greatly inspired me. It would be difficult to image their career paths, had they stayed in the UTokyo without going abroad. When I took a summer school course in a US university several years ago, I was not clearly aware how the experience could impact my life. I hope that there will develop a closer interaction among “FUTI alumni” as well as a more extensive interaction between them and UTokyo students.