The FUTI Board Appoints Dr. Norio Matsuki as a New Member 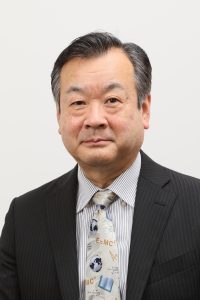