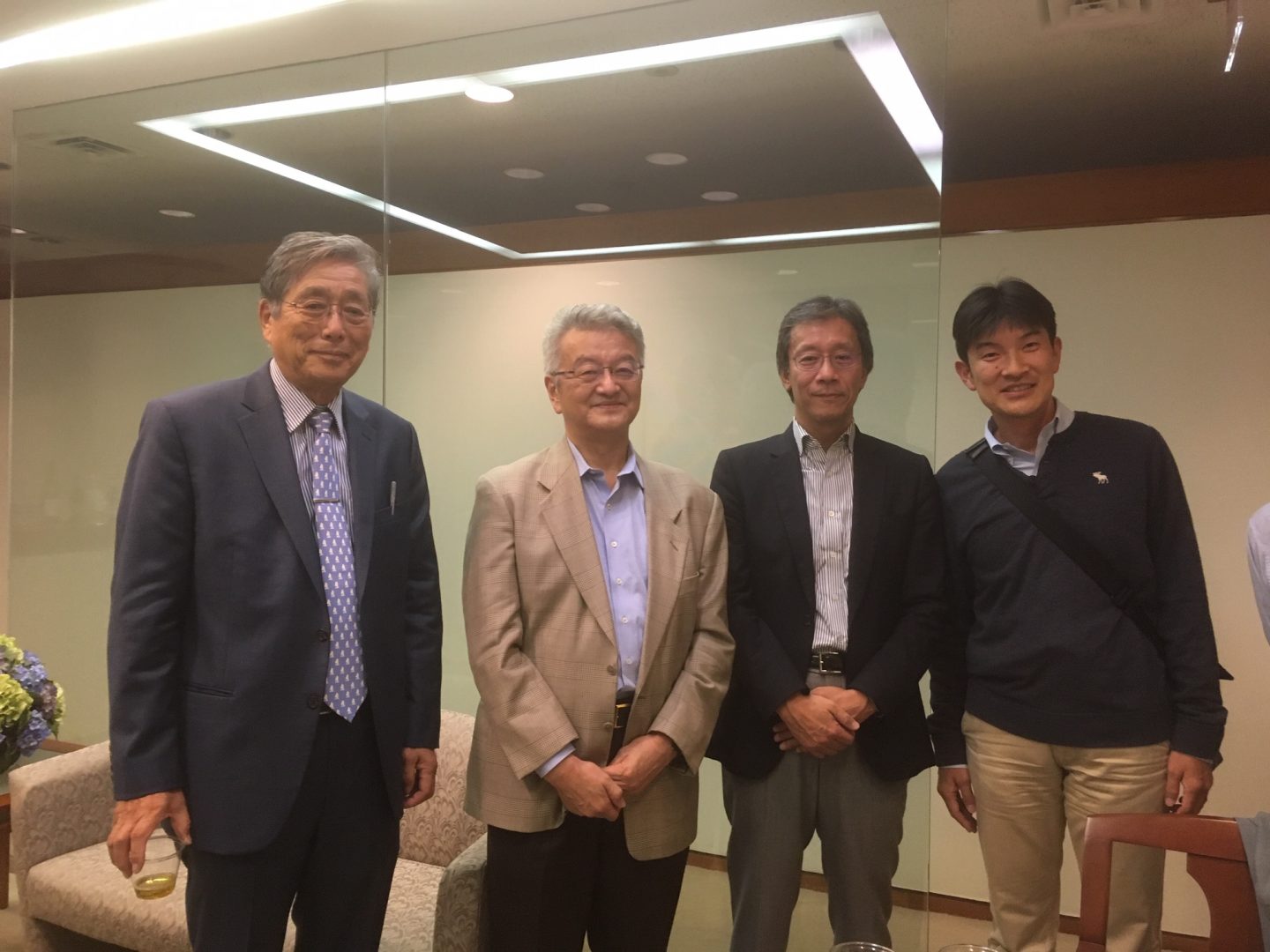 FUTI’s Annual Board and Advisory Committee joint meeting was held at the UTokyo New York office in New York, commencing at 12pm on September 29, 2018.

Ms. Osako, acting Secretary, presented the minutes of the Annual Board meetings held on October 1, 2017 and April 16, 2018. The minutes were unanimously approved by the Board.

Mr. Fujii provided updates on various topics relating to UTokyo, including the following: (1) projects commemorating the university’s 140th anniversary (e.g., major renovation/expansion of the Hongo campus library), (2) initiatives resulting from the designation of “National Universities of Excellence (国立指定大学),  3) the creation of the Division of External Relations (社会連携本部) headed by Mr. Fujii, and (4) the just announced UTokyo’s 42th position (up from the 46th last year) in the Times University Ranking.

In respect to (2), Mr. Fujii stressed the university management’s philosophy/stance, “From Un-ei （運営, Administration） to Keiei （経営, Management）” which is designed to leverage on the advantages generated by the National University of Excellence designation.

Scholarships/grants were given in the following categories: Total $270K

Mr. M. Yamada provided updates on FUTI’s grant programs including an overview of the 2017-2018 recipients, the Columbia-UTokyo program and the Yale-UTokyo exchange of scholars under Yamakawa Kenjiro Memorial Lecture series.

Mr. H. Kobayashi, chair of the AC Committee, introduced two new members and one new ex-officio member who joined the FUTI Board/AC meeting for the first time. As mentioned previously, they are: T. Ito, J. Takegami and T.Hasegawa, respectively.