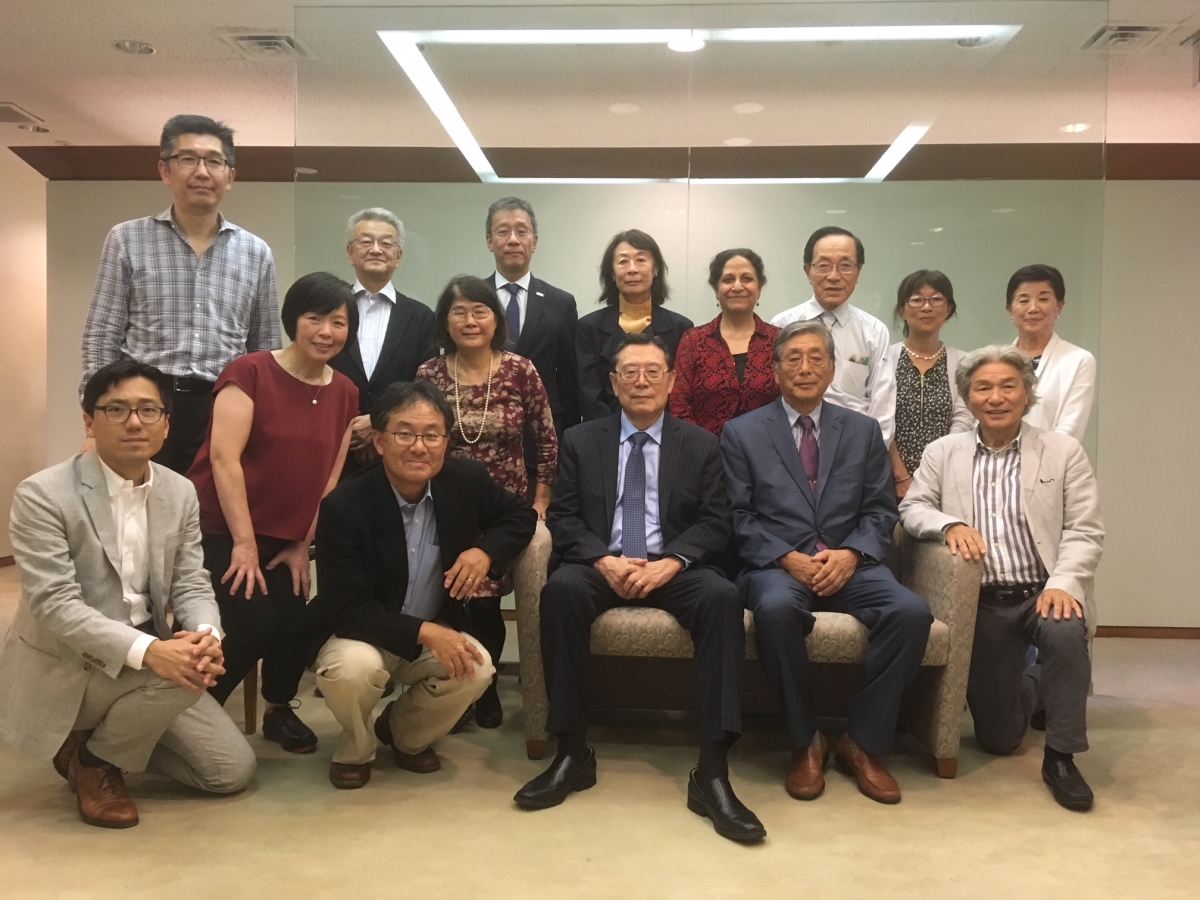 FUTI’s Annual Board and Advisory Committee joint meeting was held at the UTokyo New York office in New York, commencing at 1:30pm on September 28, 2019.

After welcome greetings by Mr. Y. Yamada (chair), Ms. Osako, acting Secretary, presented the minutes of the Annual Board meetings held on September 29, 2018 and April 15, 2019. The minutes were unanimously approved by the Board.

Using the slides, Dr. T. Fujii, Executive Vice President of UTokyo, introduced the university’s new vision, “Choosing our Future” and various programs and activities being undertaken by the university. Highlights include:

Dr. Ojima suggested to promote scholarships to support graduate students, mainly Ph.D. course students, at UTokyo to carry out a 6- to 12-month period of research as visiting graduate students (i.e., no requirement to take courses or degrees) at a relevant US university’s research laboratory.

Prof. Kobayashi will step down from the Scholarship Committee to be replaced by Dr. Koide effective AY2019-20.

Dr. M. Yamada provided updates on FUTI’s grant programs including an overview of the 2018-2019 recipients, the Columbia-UTokyo program and the Yale-UTokyo exchange of scholars under the Yamakawa Kenjiro Memorial Lecture series.

6. Report by the AC Committee

Kobayashi said that he served on the Board and AC since 2007, and expressed his firm belief that any organization needs to have new blood coming in to replace old ones so as to remain vital. He requested to step down from the AC Chair as soon as President Ojima finds his replacement.

Dr. Ojima thanked Dr. Yamada for his outstanding service to FUTI since 2015 and presented him a “Distinguished Service Award” plaque.

Dr. Kobayashi suggested that Mr. Yamada become honorary president of FUTI after the next year.

Note: Additional responsibilities for Board Members are as follows:

Prof. Iwao Ojima and Prof. Masaaki Yamada will serve as the Directors of University Relations.

Dr. Shigenori Matsushita will serve as the Director of Scholarship Programs.

Ms. Nobuko Sakurai will serve as the Director of FUTI Alumni Association Relations.

Dr. Yuichiro Kuwama will continue as the Director of Financial Affairs.