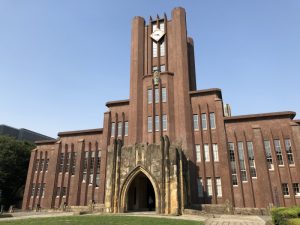 This summer, I am grateful to have received the FUTI Global Leadership Award, a scholarship that helped me fund my studies at the University of Tokyo (UTokyo). There, I was enrolled in the IARU Global Summer Program, and studied an Introduction to Japanese Language and Sustainable Urban Management. The award helped clear away financial worries, so that instead of putting a burden on my parents or savings, I was instead able to focus on my studies and enjoy my time in Tokyo. Therefore, I am thankful to FUTI for their support. 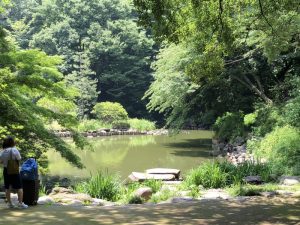 I had some preconceived notions of what Tokyo (and the rest of Japan) would be like before I arrived. I had been enamored with the city for years, due to a rich cultural legacy that meant a juxtaposition of the old – temples, castles and samurai – with the new – anime, technology and skyscrapers. Mainstream media, which included Disney or Miyazaki, convinced me that I was about to set foot in a “San Fransokyo” of sorts. And when I landed, many of these notions were confirmed. With its “Old Meets New” campaign, the city is succeeding in cementing itself as a place where the traditional can meet the cutting edge. 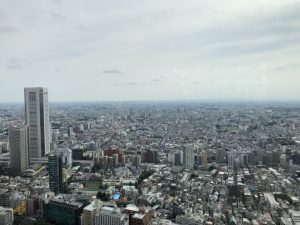 I saw evidence of this repeatedly as I ambled along Tokyo’s streets. Not far from Sensoji Temple, with its ancient souvenirs and women in colorful yukatas, is Skytree, a feat of modern engineering and one of the tallest towers in the world. And just a short train ride away is Akihabara, where thousands make their pilgrimage to arcades and electronics stores. Similarly, in my Urban Management class, I was awed by the care with which the Japanese preserve their heritage; even in the heart of Bunkyo or Marunouchi, one can find traditional, timber houses and shrines nestled between towering, concrete skyscrapers. I took this as inspiration for the growing cities of my own country, Pakistan, that must develop without deleting their histories. 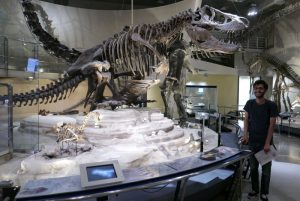 Given my limited time in Tokyo, I threw myself into the deep end. The first few days, I travelled alone to experience the famous crossing at Shibuya and parks such as Ueno and Shinjuku Gyoen. The maps started to become more familiar, and thanks to the efficient public transport and helpful locals, I was never lost. As I made more friends, and took recommendations from my Japanese classmates, we would go together to landmarks such as Roppongi Hills and Tokyo Dome, where we frequented the many shops and arcades. It proved to be a great bonding experience. We came from many countries, including Pakistan, Australia, China and Japan, but it felt as if the city had a place for all of us. 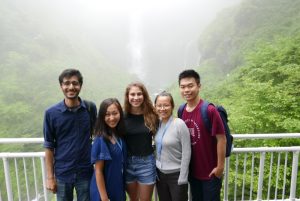 The one significant obstacle was the language. Fortunately, the fantastic class at the Nihongo Language Center taught me the basics I needed to survive, and gave me the resources I need to continue further study. The teachers were dedicated, and every day would test our understanding with activities such as calligraphy, interviews and keyboard typing. In fact, I have rarely enjoyed homework as much as I did for that class. 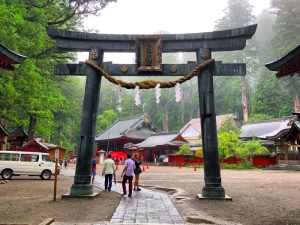 Finally, the two weeks culminated in a visit to the serene city of Nikko. With my new friends, many of whom were Japanese and more than willing to encourage my rudimentary command over the language, we sampled melon bread, toured the famous shrines and waterfalls, and made some unforgettable memories. Since I was due to fly back home the same day, I was sad at the prospect of leaving so soon. Two weeks had passed by vanishingly quickly. 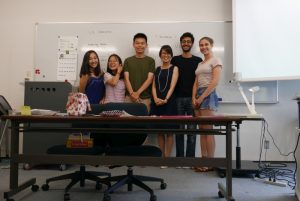 However, now that I have studied at UTokyo, and experienced the beauty of Japan, I am definitely thinking about coming back. As UTokyo is a leader in STEM fields, I hope I may pursue further education here, and experience the many other things Japan has to offer. I know I have barely scratched the surface.

I must, once again, thank FUTI, the UTokyo faculty, and all my friends and acquaintances that made this journey so memorable and worthwhile. 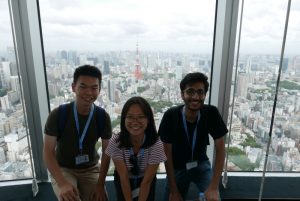