My Experience at the University of Tokyo 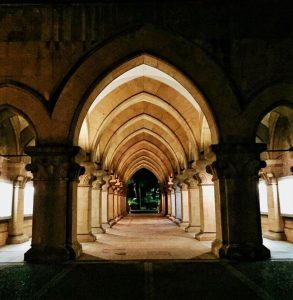 An archway at the University of Tokyo, almost reminiscent of architecture at Yale, my home university

This July I participated in the International Alliance of Research Universities – Global Summer Program (IARU-GSP) at the University of Tokyo. I took a course titled TOK3: Japan in Today’s World and had the opportunity to learn about Japanese public policy and its evolving
position in international politics and economy. The course was led by Professor Kiichi Fujawara, focusing on Japanese polity and culture in the 21st century. As an Indian student studying at Yale University in America, I gained valuable knowledge about and insights into the dynamics of East Asia at UTokyo. Our lecturers hailed from a variety of fields, allowing us to study issues through several different lenses – politics, photography and fashion to name a few. My class comprised of students from across the world, both IARU visiting scholars, as well as students of the Graduate School of Public Policy (GraSPP). I was thus exposed to a diverse variety of perspectives, constantly found myself intellectually challenged and grew tremendously in the process. 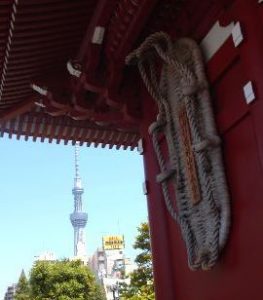 Outside of class I spent my time exploring Tokyo. Having lived in large cities all my life, I enjoyed noting the commonalities and differences my previous homes shared with Tokyo. Before coming to Japan, I had often heard it be described as an amalgamation of the modern and the traditional. I found this fact manifested during my visit to Senso-ji, where I prayed while viewing the Tokyo Sky Tree in the background. 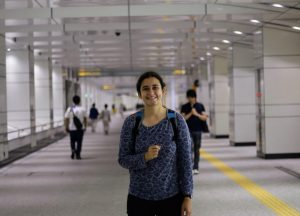 A picture of me from Shinjuku, Tokyo

My experience was made possible through FUTI’s generous aid and I am deeply indebted to the organization. Without the Global Leadership Award, I would not have been able to spend two weeks in Japan, immersing myself in local culture and exposing myself to a wide variety of diverse perspectives. I was able to learn much more than I had thought possible, make friends from across the world and explore the fast and vibrant city of Tokyo. Thank you so much!
Facebook0
Twitter0
Google+0
LinkedIn0
Pinterest0
FUTI 奨学金