Expanding My World Through a Microscope

by Maki Tohmon
Pomona College Class of 2017
—
March 2015:
The news about my most phenomenal summer experience came at the worst time possible. The email I received from the International Liaison Office (ILO) at the University of Tokyo (UT), congratulating me on my acceptance to the University of Tokyo Summer Internship Program (UTSIP) at Kashiwa, only provided me a brief moment of excitement. I was desperately attempting to finish my assignments and study for my midterms before I left for the collegiate-level swimming and diving National Championships. It was only the most hectic time of the semester; with the email, my to-do list over the one-week spring break (which was not actually a break because I was competing at Nationals the entire time) grew even longer.
Fast forward to now:
It would not be an exaggeration to say that my time at UT Kashiwa campus were the most rewarding six weeks of summer I have ever spent. None of it would have been possible without the patience and kindness that the members of ILO demonstrated, as well as the support I received from FUTI.
But what happened, from March until now, that changed my perspective so drastically?
Let us unpack this said UTSIP ordeal that I claim to have been so “great.” 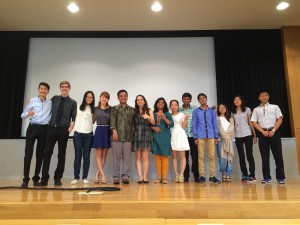 UTSIP was a six-week research internship program, from the beginning of June to mid-July, at the Graduate School of Frontier Sciences (GSFS). This year, the members of ILO, who were in charge of overlooking the program, gathered thirteen brilliant minds from around the globe. Undergraduates and post-graduates hailed from Kazakhstan, Turkey, China, India, England, Canada, etc., most of them first-timers to Japan. I joined Dr. Hiroshi Mitani’s laboratory at the Department of Biosciences Laboratory of Genome Stability, where its members study the “mechanisms of vertebrate genome stability using Medaka as a model system.”1
The very first week was mostly dedicated to adjusting the interns to the campus, public transportation, and other daily routines. We were introduced to the various facilities that the Kashiwa campus houses, and, most importantly, met our tutors and lab mates. Each of us were assigned to a “tutor,” a member of the lab we would be joining who is there to answer any inquiries that we may have, be it about how to survive in Japan, what to do on weekends, or how to navigate around the lab. Often, the tutors overlooked the project that we either proposed or were assigned, and acted as a gateway to meet other UT students as well. In short, they were the closest figures to us, and we were able to form very valuable relationships with them. The first week was also when we were able to bond and share our stories of how we ended up in Japan. This was a valuable experience in and of itself, for my perspective has been somewhat limited, and I had only viewed the world from a Japanese American lens. 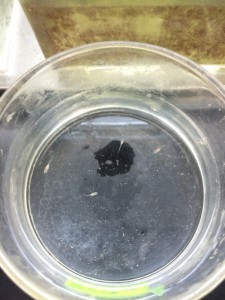 At the welcome party on the first day, I was greeted by a rambunctious laughter that caught the attention of the entire floor. The distinctive laugh belonged to none other than my tutor, Ms. Chika Hashimoto. We have been emailing each other prior to the internship to ease my transition to GSFS; I was finally able to match her face to her name. As I mentioned previously, most interns worked closely with their tutors. My case was an exception, partly due to my fluency in Japanese, but mostly due to Ms. Hashimoto’s preoccupation with job-hunting. Instead, I was able to work closely with post-doctorate Dr. Takako Yasuda, who had then been studying radiation effects on medaka embryo. In her most recent publication, Dr. Yasuda and her team found that irradiated medaka embryo showed a significant amount of radiation-induced cell death, a necessary aspect of rapid tissue repair, in the highly-sensitive brain area2. On the contrary, a different study found that an adult medaka shows high resistance to irradiation; no radiation-induced cell death could be seen in the intestine, which is also thought to be a highly sensitive organ. The goal of my research, then, was to discover when the medaka develops resistance against irradiation. The results were extremely perplexing. Although the medaka embryos that were irradiated three days and four days after fertilization showed radiation-induced apoptosis in both the brain and intestine, none were observed in the hatchlings (seven days after fertilization). What happened in those three days? Did some aspect of “hatching,” a critical moment in an organism’s life when drastic changes happen internally and externally, provoke such a dramatic change in cellular response? Unfortunately, six weeks was not sufficient enough for me to be able to answer those questions. Fortunately, though, my work will be continued by one of the graduate students in the Mitani lab who I worked closely during my time there, and I am looking forward to hearing the results. 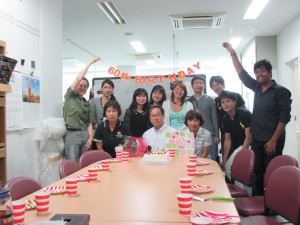 When I was not staring into the microscope for hours on end and working with tiny, fragile specimen, my lab mates would warmly reach out to me and spark conversations. Although I was often the one answering questions regarding my experiences in the States, I loved tuning in to their life-stories as well. What they may have considered to be a normal upbringing in Japan was something that I had only heard, read, and dreamed about as a Japanese child growing up in America. My lab mates invited me to join them for lunch every day, and soon enough, I became so comfortable that one of them mentioned, “It’s almost like you’ve always been part of this lab.” We celebrated Dr. Mitani’s 60th birthday and ate home-cooked Indian food made by one of the international research students. Some of us went to the gym together. One student invited me to play volleyball with other graduate students in a club they formed. Each member of the lab had a unique, somewhat quirky personality, and I definitely would not have looked forward to arriving on campus as much as I did if it were not for them. 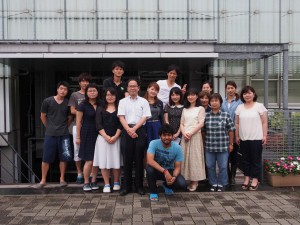 The wonderful members of the Mitani lab

Besides research, UTSIP had in stock for us several field trips to immerse us into Japanese culture. One was attending a Kabuki, which, to be quite honest, I was not ecstatic about at first. I tagged along anyways, telling myself that, if not now, I would never go out of my way to watch Kabuki. I was prepared to take a three hour nap; there was no way I was going to understand the language they used in the play. But to my surprise, the play was interesting enough that I was able to stay awake for, well, most of it. I later found out that the particular one we attended was for “beginners,” made especially easy to understand, complete with real-time translations and interpretations. I’m not entirely confident if I would have called that an afternoon well spent, but I can say that it was definitely an once-in-a-lifetime experience. 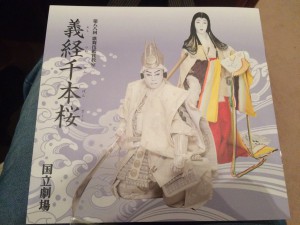 We also went on a two-day trip to the Suntory whiskey and mineral water distillery in Yamanashi prefecture, accompanied by several professors and tutors. I had been back in Japan several times prior to this year, so I was well aware of how prominent Suntory is. In my mind, Suntory was a large beverage company that provided delicious drinks enjoyable only in Japan. After this trip, I was aware of how the company strives not only to work with but also to restore the natural resources that they are so dependent on, and how their efforts benefit the entire country. In those two days, I learned more about Yamanashi’s natural resources, the time, effort, and research that goes into product placement, and how biology may or may not tie into beverage production, than I could have imagined when I read the event description on the UTSIP schedule (“two-day field trip”). I was also able to meet more interesting personalities—tutors of other interns—and develop a taste for expensive whiskey at the whiskey tasting event. 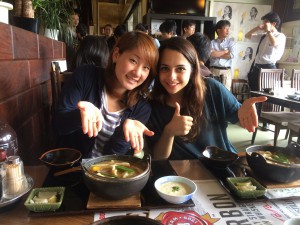 The last week of the program consisted mostly of gathering last-minute data, sitting in on debates between Dr. Yasuda and the assistant professor regarding my perplexing results, and attempting to figure out how to make my research sound even remotely interesting to an audience who does not have a background in biology, and, better yet, an interest in a fish they never knew existed. Because the common language between the other interns and their Japanese lab mates was English, the hard work was on the latter to translate whatever lab jargon from Japanese to English in order to communicate. I had the unexpected disadvantage of being Japanese. I mostly spoke in Japanese with my lab mates, so I had to find the correct English word for the Japanese scientific vocabulary for my final presentation. Excruciating. Although I attended Japanese language school every Saturday from kindergarten through 12th grade, I had not taken a single biology class in Japanese. What seemed at first like an advantage had turned against me at the last moment. All kidding aside, I believe that the process of learning medaka lingo ultimately was for my benefit, for the challenge contributed to the comprehensive learning experience. 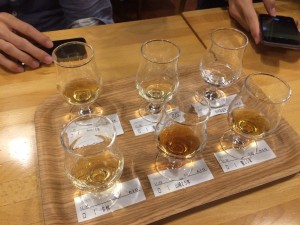 So what did I accomplish from slaving away for six weeks, staring into the microscope to perform meticulous tasks such as peeling egg shells from eggs that are less than a millimeter in diameter and shaving layers of 20μm-thick cross sections of microscopic fish? More than one could expect. I expanded my personal relationships outside the confines of my two home countries, fully immersed myself in Japanese culture and learned about my country in ways most Japanese people my age would not have had the chance to, contributed valuable data for further research on genome stability (I can always hope), found that fruits and vegetables are awfully expensive in Japan, and realized that cooking is difficult. UTSIP had been an eye-opening experience; I cannot imagine having spent my summer any other way. I would like to express my gratitude to the International Liaison Office, University of Tokyo, members of the Mitani lab, my fellow UTSIP members, and especially FUTI. I would not have been able to participate in UTSIP if it were not for the support I received from FUTI. For me, UTSIP was a large stepping stone, the beginning of a path for greater accomplishments. With the experience that I have gained, I want to continue to question, seek knowledge, listen, and pursue what I am passionate about.
Footnotes:
Facebook0
Twitter0
Google+0
LinkedIn0
Pinterest0
Subscribe to the FUTI Newsletter