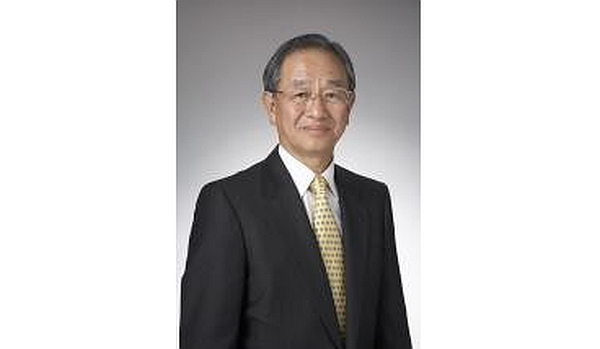 It is with great sadness that we report that Dr. Teruaki Aoki, a former President and COO of Sony Electronics, Inc., (USA) and President of Sony University, Japan (2005-2015), and a generous supporter of FUTI, died of pancreatic cancer on August 10, 2021.  He was 79 years old.

Dr. Aoki was born in Tokyo, Japan on October 18, 1941, graduated from the University of Tokyo in 1964, with his BS degree in Applied Physics, and received his Ph. D. degree in Materials Science from Northwestern University in 1969.  His Ph.D. thesis was entitled “Transport anomalies of 3D transition-metal alloys.”

Dr. Aoki joined Sony Corporation in 1970. After having held several technical and managerial positions, he was appointed in 1988 as Senior General Manager of R&D Corporate Planning Group, and in 1989 he was promoted to Director of Sony Corp. and in 1990 as Senior General Manager of Recording Media Products Group. He became Managing Director of Sony Corp. in 1996.

He also held important appointments outside of Sony Corp such as serving as theExternal Director of Micron Technologies, Inc. (2006-2014); External Director of Citizen Holdings Co. Ltd (2007-2015); CEO of Micron Japan, Ltd. (2011-2014); Director of Anritsu, Co. Ltd. (2014-2017); and Board member of Society of Semiconductor Industry Specialists. He was a member of the Advisory Board of the Kellogg School of Management, Northwestern University.

He was a Life Fellow of the IEEE (Institute of Electrical and Electronics Engineers of USA) and a member of the Engineering Academy of Japan.

Dr. Aoki has also been a dedicated supporter of FUTI, and remarked in the “Donor’s Message” column in No. 10 (Spring, 2014) issue of FUTI’s Newsletter:

In looking back, I keenly feel the importance of  ‘getting exposed to diverse cultures when you are young.’ Based on my own experience of having studied abroad, I strongly urge UTokyo students to study in the U.S., and U.S. students to study at UTokyo. …Thanks to my study experience in the U.S. I was able to join Sony Corporation and was twice given opportunities of international assignments in the U.S., where I could play an active role in global environments…The human network that I built while I was a graduate student at Northwestern Univ. and the network of the Japanese people whom I met while working in the U.S. both helped me greatly in many critical situations…”

Dr. Hisashi Kobayashi, Dean emeritus and Professor emeritus of Princeton University, and a former FUTI president, remarked, “I miss my dear friend Dr. Teruaki Aoki immensely: we have been close friends since 1990, when he visited Princeton’s Engineering School as Sony’s representative, to strengthen ties between Sony and Princeton, continuing the Sony Graduate Fellowship for the School and equipment donations to the Signal Processing Lab. Dr. Aoki’s illustrious career in Sony Corp. and in the international business world is a great testimonial that overseas study can lead to enormous opportunities in one’s career, and to successful globalization of one’s company. The last time that my wife and I met him was in February 2020, when he and Mrs. Reiko Aoki, an accomplished concert pianist, graciously hosted a concert at their elegant home. We really regret that we missed, because of the Covid-19 epidemic, a great opportunity of meeting with him this past March, when his daughter, Ms. Yuko Nomura, held a piano recital at the Opera City Hall in Tokyo. He was blessed with a loving family. May his soul rest in peace.”

Acknowledgments: We would like to thank Dr. Hiroaki Takano, Director of Sony Computer Science Research Lab., and its Secretary Group for helping us prepare this memorial article.