We selected several people among those who gave generous donations to FUTI in FY 2012-2013, asking them to prepare a message.  The following four individuals (listed in the alphabetical order) graciously responded to our request.  We hope that their messages will strike your cord and encourage you to respond to our fifth annual fundraising campaign. 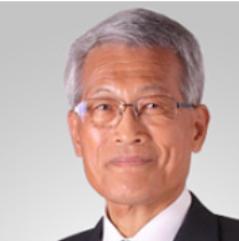 Dear Friends of UTokyo:
It is my great pleasure to have this opportunity to convey my message to you all. I have worked for four different U.S companies. First, I worked for EBASCO Service in New York, when I was 25 years old, then I designed computer system software for nuclear power stations at General Electric in San Jose, CA, when I was 28, then at age 45 I worked on the development and commercialization of fuel cells as the CEO of International Fuel Cells, a U.S. based joint venture established in Hartford, CT by Toshiba and Plat & Whitney of United Technologies Corporation, which is the number one company for jet engines in the world, and finally, after retirement from Toshiba, I worked for Ripplewood Holdings on investment funds in New York.
From these experiences, I believe that it is important to understand other countries, particularly people’s way of thinking, their culture and value systems, by conversing with them, and experiencing their life of all seasons. In an executive meeting a person referred to a Japanese executive as “a fly on the wall” and giggled. I had to ask to get the meaning. Apparently this expression is used to tease “an individual who sits quietly in a meeting to see and hear what happens without being noticed.”  I realized that one cannot get the meaning of some English expressions, even when the sentence itself is understandable.
Nowadays I am very much concerned about the trend that Japanese students and young people do not seem interested in matters that are different from their usual daily life, and fewer Japanese students are found in U.S. universities, so I hear. Such a trend will lead to the loss of opportunities where Japan can be understood by other countries, and consequently we will miss opportunities where Japan can contribute to the world.  Then Japan will have less of a presence in the world scene, and our international competitiveness will be weakened, and the nation’s power will decline.  I am now 74 years old, but when we were young, we were very much eager to learn how to speak in English and go overseas, although it was quite expensive to do so.
Therefore, I fully endorse the programs of Friends of UTokyo, which makes an effort to create opportunities for Japanese students and young people to gain overseas experiences, and I would like to help these programs. I believe that FUTI’s programs will stir up opportunities that will awaken next generation leaders.
Thank you very much.

Dr. Hirokazu Miura
NASA Ames Research Center (retired in 2012)
Moffet Field, California
Member, San Francisco Akamon-kai
In the spring of 1965, I happened to learn that universities in the U.S. admit and provide financial support even to students applying from foreign countries.  At that time, I was working in a mechanical design section of one of the factories of Toshiba and was happily engaged in large scale projects, working with excellent leaders and coworkers.  Nevertheless, I recognized that my ability as a mechanical engineer was insufficient, since there were various design decisions I had to make without enough supporting data.  The idea of applying for graduate study at universities in the U.S.  started burgeoning in my mind as an attractive option.  As part of my work, my supervisor sent me to a training class for the use of digital computers emerging at that time.  It was quite amazing to see how this powerful tool worked, but unfortunately I didn’t have any clear idea how to make use of it to help with engineering design.  Although I was unable to articulate such an idea in English, I put my graduate school applications together, focusing on computer applications to engineering design, and submitted them to several universities in the U.S.
I was fortunate that my application reached the desk of Prof. E. Durbin of Princeton University.  I could start my graduate study in his laboratory in the fall of 1966.  I had to work very hard for the next 5 years, the first 2 years at Princeton, and the next 3 years at Case Institute of Technology, in Cleveland.  When I completed my Ph.D. thesis in the summer of 1971, the United States was in the middle of a very difficult period, symbolized by the end of the Vietnam War, the termination of big projects like Apollo and supersonic transport aircraft.  I did not grasp my situation well enough, but my mentor, Prof. L. Schmit worried more than I did, and advised me to apply for a postdoctoral fellowship offered by the Norwegian Government.  While I was working at the Technical University of Norway during the next year and a half, the U.S. economy regained its strength.  With the help of my professors and friends, I could find a way back to the U.S. in the spring of 1973, and then eventually settled as a research engineer at NASA Ames Research Center in 1980 and stayed there until my retirement in the middle of 2012.
Looking back, I came through a path I could have never foreseen when I left Japan in 1966.  I have been fortunate in many ways.  The class of 1961 Mechanical Engineering Department at the University of Tokyo was made of about 60 excellent students, including a number of strong leaders who moved up to senior management positions in large corporations, and one classmate is still active as a high-ranked politician.  If some of them had been given opportunities to study at institutions outside of the Japan while they were young enough, they could have used such experiences effectively in their successful careers.  There were a small number of classmates who could study outside of Japan by their own efforts, but the number remained small.  Unfortunately, information and opportunities to look at the outside world were quite limited at that time.
The current students live in a completely different environment, with easy access to more than enough information over the Internet, international conferences, many journals in the library, and also from the contacts with fellow students from other countries. Nevertheless, it must be a difficult decision for anyone to spend an important period of his or her life outside of Japan.  One needs to be able to build up strong confidence as well as sufficient knowledge of the world they are getting into and to be ready to overcome various challenges. I believe that many students who applied for and got accepted by UTokyo are seriously interested in getting into difficult cutting edge research, thereby making important contributions to the society. I understand that one important function of FUTI is to help such students get exposed to a wide spectrum of options available to broaden their choices, and for students who choose to explore their graduate study at institutions in the United States, more opportunities might be made available. If an organization like FUTI were operational in the 1960s, I would have appreciated it tremendously. This is the basis of my support for FUTI, whose unique activities are superbly operated by dedicated volunteers.

Dr. Masako Osako
Representative Director, Satsuki-kai America
Executive Director, International Longevity Center Global Alliance Secretariat
During my junior year at UTokyo, I transferred to Harvard University to obtain a BA and then earned my MBA and Ph.D. degrees from other U.S. Universities.  Shortly after my graduation from Harvard, I received by mail and phone a message “Support Your Alma Mater. Please Donate!”  Responding to this message, I have donated every year, starting with $20 during my graduate school days and increasing the amount to three digits as my salary grew.  It is a common practice among Ivy League graduates to question “Who will support our alma mater, if we don’t?” As many as 40% to 60% of alumni of top-rated private universities in the U.S. reportedly give to their alma maters. These participation rates are much higher than that of UTokyo alumni, which is less than 5%.
Friends of UTokyo aims to support UTokyo’s commitment to globalize its students by providing scholarships to students who possess those qualities needed to become global leaders.   Our goal is to nurture students with outstanding leadership capabilities as demonstrated by their academic work, extra-curricular activities, and community service, by encouraging them to study abroad during their formative years. Our hope is that such students will aspire not only to pursue a successful career in Japan but also to pursue an international career that utilizes their talents and experiences to deal with various global challenges.
In the summer of 2013, Satsuki-kai America and New York Icho-kai hosted a group of 12 UTokyo undergraduates who participated in the “New York Taiken (or experience) Program.” The students visited alumni working in a wide variety of fields including a corporation, a law firm, a university, a hospital, an NGO, or the UN and gained first-hand insight into “work and career in the U.S.” A junior and Kendo club member, not proficient in English and venturing outside of Japan for the first time remarked “I had so much to learn during this program. It gave me a valuable opportunity to think seriously about my future. I would now like to study at a foreign university and place myself in a framework to challenge a global competition.“ He plans to apply for a FUTI scholarship. Providing promising students with meaningful international experiences is the first step to nurturing global leaders. Your donation would help make this possible: Support Your Alma Mater. Please Donate.

Mr. Yasuhide Watanabe
Partner at Nagashima Ohno & Tsunematsu (Tokyo)
Partner at Nagashima Ohno & Tsunematsu NY LLP
Attorney at Law (Admitted in Japan, New York, and California)
Vice President, New York Icho-kai
After engaging in international corporate law focusing on the antitrust and M&A for more than 20 years in Japan, six years ago I moved to the U.S. to open a New York office of our law firm. Currently, in addition to my law practice, as a visiting professor I teach a seminar at Columbia University Law School on the topic of (contrasting) legal systems and underlying legal cultures in Japan and the U.S., using Japanese court cases. My students are generally very bright. Some of them are likely to become leaders in law and other fields. I donate a modest amount to FUTI, hoping that many capable American students who are interested in Japan will have an opportunity to study at UTokyo and deepen their understanding of Japan, as well as strongly encouraging UTokyo’s students to have an active participation in an international society, through the help of FUTI scholarships.