We have made a request to several of our donors in FY 2015-2016 to write a few words to students and alumni. The messages to be presented in the Newsletter 15 and the upcoming 16 (to be issued in the fall of 2016) are from those who graciously accepted. We hope that their messages will be appreciated and encourage a positive response to our 2016-17 annual fundraising campaign. 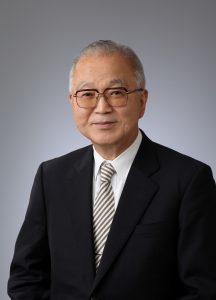 I am not a graduate of the University of Tokyo, but after a gracious request from Friends of UTokyo, Inc. I have accepted to write a short piece. I have donated to FUTI as I am acquainted with Prof. Hisashi Kobayashi, President Emeritus of FUTI and Sherman Fairchild University Professor Emeritus of Princeton University. I have been greatly indebted to Prof. Kobayashi since meeting him in 1990 when I visited Princeton University. FUTI’s mission to provide support and nurture future leaders appealed to me, and I have on several occasions contributed whatever I can. Every time I see their numerous activities reported in the newsletters and annual reports, I feel very happy that the contribution is put to good use.
When I look back on my student days, I have received great support from several people to help my studies. I am very grateful to my mentor, Dr. Yogoro Kato, the inventor of ferrite, who has greatly helped me from the time I met him in my second year in college until his passing, through our studies in the “Creative Scientific Educational Laboratory” which he established with his own personal funds. Not only did Dr. Kato provide us with various learning opportunities, but also he gave out a scholarship of 6,000 yen (roughly 60,000 yen in today’s value) which he saved by riding the cheapest third-class seat on his trips to Tokyo, and his contribution made my studies possible. It is precious and irreplaceable experience that I learned under Dr. Kato, who practiced “creative scientific education,” during my impressionable student years.
Dr. Kato himself was also given the opportunity to study in the United States for two years in his youth, through the support of Prof. Arthur Amos Noyes who helped establish Caltech and at the time was a professor at MIT. What Dr. Kato saw about the education and characteristics in the advanced nation of America was far different from that of Japan, and it inspired him to return to Japan and devote his life to education.
Thus, people cannot learn by themselves and must have received support from those around them or from encounters at some point. Providing support and opportunity to the aspiring young generation is an important duty for those who were fortunate enough to study with the same kind of warm support from the people around them. I think it is important that we support as much as possible, and that those who receive the support shall never forget their gratitude and study hard so that they can contribute to society in turn. Currently I serve as president of the public interest incorporated foundation, the Kato & Yamazaki Educational Foundation which provides educational support to the young generation. Through FUTI, I would be happy if I could be any help for the discovery and training of young, aspiring and promising people. 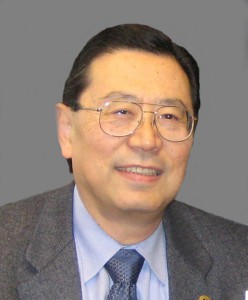