Book Review, “Mathematicians Who Lost Their Faces: Essays in Idleness on Mathematics,” by Shoshichi Kobayashi 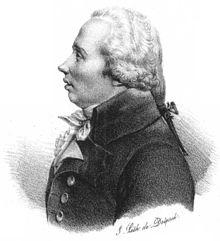 For over 170 years, the portrait shown left has been displayed as the French mathematician Adrien-Marie Legendre (1752-1833) in all books on history of mathematics, but in 2005 two students of the University of Strasbourg discovered that this portrait belongs to a politician Louis Legendre (1752-1797), and has nothing to do with the mathematician. 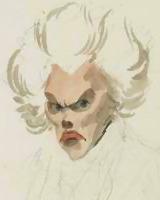 Thus a serious effort to search a true portrait of the mathematician began, but it was not until 2008, when his portrait was discovered in a valuable book stored in the Library of the French Academy. It was in the album of watercolor portraits of 73 Academy members of 1820. But it is not an ordinary painting, but a caricature (right) . This seems the only existing portrait of the mathematician, and is used in Wikipedia as well: http://en.wikipedia.org/wiki/Adrien-Marie_Legendre
This episode is found in Shoshichi Kobayashi’s book “Mathematicians Who Lost Their Faces: Essays in Idleness on Mathematics.” 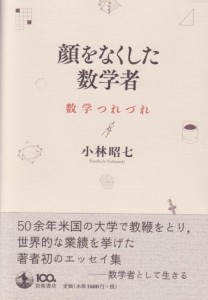 A collection of essays (in Japanese) by Shoshichi Kobayashi, who was the oldest member of the San Francisco Akamon-kai and an elder brother of FUTI President Hisashi Kobayashi, was published by Iwanami Publisher on July 30, 2013. For details (in Japanese) visit URL: http://www.iwanami.co.jp/cgi-bin/isearch?head=y&isbn=ISBN4-00-005217
From the Publisher’s flier:

The first essay by the author who is internationally known for his accomplishments in research on differential geometry and complex manifolds. This collection of small pieces with the title “Essays in Idleness on Mathematics (‘Suugaku Tsurezure’)” has become his posthumous work, without being completed. By reading his essays on the real images of mathematicians, how mathematical symbols were created, what is “beauty of mathematics,” we sense the author’s deep thought on mathematics and mathematicians.

Message from the Editor of Iwanami Publisher:

Professor Shoshichi Kobayashi who is internationally recognized for his achievements in research on differential geometry and complex manifolds passed away unexpectedly in the summer of 2012. This manuscript was originally prepared for publication in our Science Library Series. Our intention was to ask Professor Kobayashi to “cook” various topics on mathematics from his point of view so that the general reader can taste fun of mathematics, and joys of mathematical thinking.

In the spring of 2012, I received a package from him. The enclosed letter said, “This manuscript is yet to be completed. I would like to spend more time to polish and finish it by the end of this year. I am sending you this copy as my progress report.” From the manuscript handwritten on Japanese writing pads filled with his familiar writing style, I sensed his personality. While I was looking forward to the completion of the manuscript , I was informed of the saddening news of his unexpected demise. That bundle of copies received in the spring turned out to become a posthumous manuscript.

Although he considered the manuscript to be incomplete, I consulted with his family members and his close associates and have turned it into this book, for which I would like to thank many individuals.

In order to see the Table of Contents, click URL http://www.iwanami.co.jp/cgi-bin/isearch?head=y&isbn=ISBN4-00-005217 and then click “MORE INFO”at the right bottom.
Shown below is its English translation.
TABLE OF CONTENTS