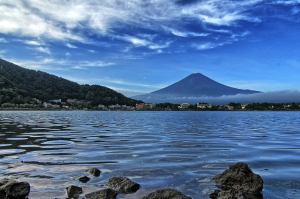 When I first stepped foot onto Japanese soil a few weeks ago, I could not help but gape in awe at everything around me. Everything looked exactly how I imagined it to be: flat roofed suburb houses, narrow alleyways flanked by backyard fences, telephone wires swaying over rice fields. It was like living in an anime, but rippling with life.
But one thing I missed entirely even with my decade-long anime consumption, was how incredibly respectful and polite Japanese culture is. Sure, I knew that the Japanese language was densely peppered with honorifics and had a complex hierarchy of verbal conjugations based on formality, but that was only the shallowest of intellectual acknowledgments. Within my first 20 minutes in the country, needing to figure out train directions, I mustered my best abysmal Japanese-turned-English to a ticketwoman to ask for directions. In America, the woman would have given me a curt reply, maybe a finger point on a good day and an eye roll on a bad day, and bid me good riddance. But my youngish ticketwoman savior walked me to all the way to my exit and left me with a bilingual pocket subway map, thanking me when we parted. 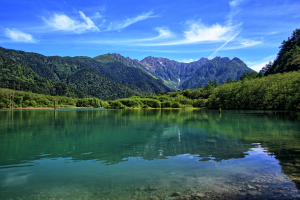 Indeed, the next two weeks could have been continuous remixing of those first 20 minutes. Entering and leaving every and any convenience store or supermarket meant a chorus of employee voices singing some variant of “[verb]” + “mashita/maaaasu” in a characteristic Japanese lilt. Paying at the counter meant bowing, being thrice thanked, bowing again. It seemed acceptable, if not preferable, for bikes to bike on the sidewalk, to not announce their coming but to have the pedestrians silently and complicitly make room for them.
Rubbish and recycling bins are intentionally sparse. In America the streets might turn into continuous landfills as a result, but in Japan, people hold onto their trash until they return home. No one eats or drinks on the subways in accordance with the posted signs; in fact, food would for me become an Asian foreigner identifier. Everyone goes up and down the correct side of the stairs, and in the rare case that there is a straggler on the other side, people quietly let him be and don’t make a scene in correcting him. There is little need to say excuse me, or “sumimasen” (though it did become the most integral word in my vocabulary the past two weeks), since people will quietly move aside without prompting to let you pass. Sometimes when perusing the dozens of varieties of bonito-flavoured rice cracker, I would find myself having blocked the way of a mother and child too non-confrontational to sumimasen me. Any given day, I noticed that at least 10–15% of people would wear hospital masks; I was told that these actions stem not from selfish hypochondria, but from altruism.
My friend from Japan tells me that one of her favorite aspects of her home country is how people “show respect and have respect for the idea of respect.” Even having spent only two weeks there, I could not agree more. If the Americans and Chinese try to dominate and control their environment, playing the determined, self-entitled protagonist, then the Japanese recognize they are part of it, and try to fit into it accordingly. Like the water of a woodland stream, they seem to gently flow around perturbations in their environment, unoffensively, and keenly recognize that they are part of a world much greater than themselves.
This is sore speculation of course, and I will refrain from listing my more nuanced but perhaps incorrect and provocative observations; after all, how can an American semi-tourist possibly be entitled to make sweeping generalizations about an entire nation halfway across the world? But moral or personal judgments of Japanese culture aside, I find myself trying to relish in every last bit of it, as I sit on this pitifully boring 13-hour flight trying to filter out the comprehensible grunting of lumpy middle-aged American men to pick up on the muted conversations between two pubescent Japanese teenage boys. I wish them the best of luck in my beloved country.
Facebook0
Twitter0
Google+0
LinkedIn0
Pinterest0
FUTI 奨学金