A Lecture by Dr. Sadaoki Furui: “Universities and Society in the AI Era – From my Experience as President of Research Institute in the United States” 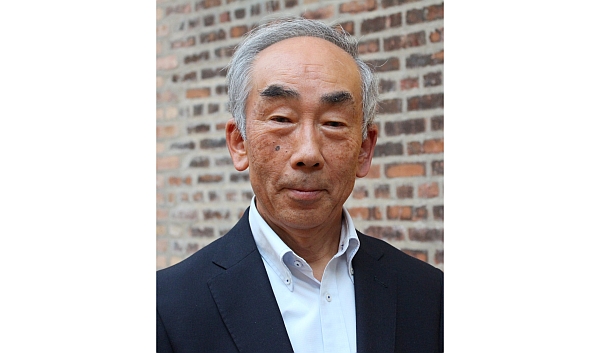 On October 9, a lecture event was held with UTokyo alumnus, Dr. Sadaoki Furui, Honorary Professor and Professor Emeritus of the Tokyo Institute of Technology and Chief Research Director at the National Institute of Informatics (NII). The event was sponsored by Satsuki-kai America, Chicago Akamonkai, and Friends of UTokyo, and co-sponsored by New York Ichokai, San Francisco Akamonkai, and the FUTI Alumni Association. The event was well-attended with around 30 participants of wide-ranging backgrounds from the US and Japan.

As an internationally renowned voice recognition scholar, Prof. Furui served as President of the Toyota Technological Institute at Chicago (TTIC) from 2013 to 2019. The focus of the lecture was his recently published book, “Universities and Society in the AI Era – From my Experience as a Research Institute President in the United States”. He discussed  how Japanese universities and society  should tackle globalization in the impending AI era using  his personal experience as a  president of the research institution. The lecture covered diverse topics ranging from the introduction and inception of TTIC, the doctoral courses at universities in the US, the operation and organization of US universities, and the reform of Japanese universities. He said that there were three core keywords that all the topics revolved around: “Evaluation, specialization, and autonomy.

Many of the participants expressed much interest in the lecture and their expectations for the future of Japanese higher education..

The Q & A session that followed the lecture was very engaging and profound, as many of the participants were experienced in university administration in the US (Princeton, Yale, Columbia, SUNY Stony Brook, to name a few) and in Japan, including President Fujii and Executive Vice-President Tsuda of the University of Tokyo. Selected excerpts of the Q&A are below:

Participant: Recently, there are quite a few scholars who have received their education in Japan and became globally renowned such as the Nobel Prize winner, Prof. Manabe, but this does not seem to lead to a larger number of students around the world wanting to go to Japan. I feel that an international collaboration in creating hardware incorporating Japan’s strengths would be attractive to the rest of the world.

Furui: An increased awareness of the importance of and interest in interpersonal relationships in international collaboration is necessary, such as having the desire to conduct research with a specific professor in Japan on the part of researchers abroad. It may not be obvious to the rest of the world that wonderful research activities and research environments can be experienced by a researcher in Japan.

Participant: What task do you feel would be the most efficient to tackle first, given the current situation of Japanese universities and the many issues that need to be solved?

Furui: Professors in Japan often coordinate or perform research with those they are acquainted with, but isn’t it the reality that they are not comfortable cooperating with someone they are not familiar with, especially those from abroad? How about starting with a change in such an attitude?

Participant Response 1: Indeed, Japanese professors tend to not actively coordinate with professors abroad, so there are proposals being made to create a research/academic base for UTokyo abroad.

Participant Response 2: I believe that bringing awareness in Japan and abroad to the “best practices” of UTokyo professors who are widely respected overseas, would be an inspiration to younger generations.

Participant: As a current graduate student myself, I feel that many outstanding colleagues in Japan often opt to find a job instead of pursuing a doctoral degree. On the other hand, here in the US, young researchers are enthusiastic and do fantastic research/academic work—where do you think lies the difference?

Furui: I believe it is a fundamental issue that in Japan there is a lack of understanding that investing in the younger generation to pursue a doctoral degree is an investment in the future.

Participant: In my experience at University of Chicago, I had an acute realization of the difference in fiscal resources. At U of Chicago, after aggressive fundraising, they were able to establish a plan to provide about one million dollars in funds to young researchers. What are your thoughts on ways to secure funds in Japan?

Furui: Raising funds in the same manner as in the US is very difficult. Having a sudden large-scale fundraiser would likely be problematic. It may be necessary to raise funds gradually and through hard work. Cooperation with and understanding by the government sector would also be essential.

Thank you very much for a very compelling talk. My experience is only with US universities, so being able to learn about Japanese university management and administrative issues was beneficial. In order to achieve global cooperation, being bilingual and able to speak English is important. I believe that it is critical to emphasize this point. Perhaps with AI and auto-translate tools, the language barrier may be slightly diminished, but it is crucial to be able to think and correspond in English. Thus, there is a need for conducting appropriate university and graduate school lectures in English. As the use of AI grows and expands, it makes one wonder how US and Japanese universities will deal with the situation in the future. Thank you again.

Prof. Furui responded by saying, “I am thankful that President Fujii and Vice President Tsuda were able to participate in this event, and I had a wonderful time with the lively discussion.” He added warm encouragement to young researchers saying that, “Although it is difficult to make personal and professional encounters amid the coronavirus pandemic, it is imperative that you make lots of friends and expand your horizons for global cooperation.”